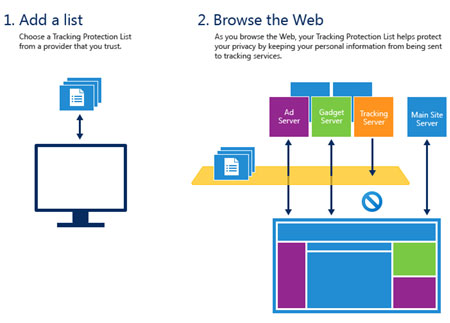 Even before the Google-Safari squabble can settle down completely, Microsoft seems to have detected that the Mountain View company has been violating the Internet Explorer web browser privacy setting in a similar fashion. Supposedly, Google is exploiting loopholes in the system and is tracking users via cookies by employing these methods.

According to recent reports, Google has been dodging the privacy settings predefined by Apple’s Safari web browser. Apparently, this was done to trace users by means of ad-tracking cookies. In case of IE, while the target of this Google process is similar, the mechanism used is said to be somewhat different.

“Technically, Google utilizes a nuance in the P3P specification that has the effect of bypassing user preferences about cookies. The P3P specification (in an attempt to leave room for future advances in privacy policies) states that browsers should ignore any undefined policies they encounter. Google sends a P3P policy that fails to inform the browser about Google’s use of cookies and user information. Google’s P3P policy is actually a statement that it is not a P3P policy. It’s intended for humans to read even though P3P policies are designed for browsers to ‘read’,” says Dean Hachamovitch, Corporate Vice President, Internet Explorer, through a recent post on the official IE blog which informs about this alleged infringement by Google.

In the wake of these user privacy and security threats, and also if Google decides to continue such practices, Microsoft recommends the use of Internet Explorer 9. This version of the web browser offers a Tracking Protection feature and has settings which should be able to block third party cookies. Through this system, users will also be able to access a Tracking Protection List.

According to the aforementioned blog post, Microsoft has also dropped a line to Google, asking them to honor its P3P privacy policies for user safety for all browsers.