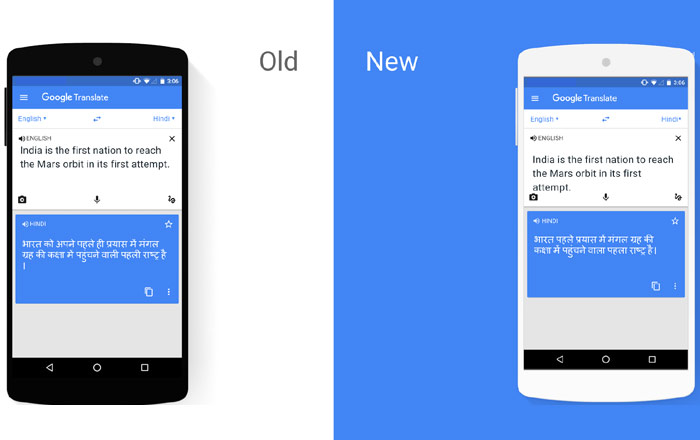 Google’s made a number of sweeping changes to its various web-based products in India, focusing on improving its language skills across the board. Maps, Translate, Chrome, Gboard, and Search have all been updated with enhanced support for regional languages.

Starting off with Google Translate, the popular tool will now rely on Neural Machine Translation technology to convert words from English to Hindi, Telugu, Kannada, Gujarati, Punjabi, Bengali, Marathi, Tamil and Malayalam. Unlike the previous phrase-based system, the new tech decodes full sentences at a time rather than just pieces of a sentence.

The final translation is supposed to be more like a human being speaking with proper grammar rather than a robot doing your bidding. The next big change comes in Chrome, with Google again bringing the power of Neural Machine Translation to make full-page conversions more accurate and extending support to the same 9 languages mentioned above.

Moving on to Google Gboard, the keyboard app has gotten support for 11 new Indian languages. There’s also a new text editing tool which makes it more convenient to select, copy and paste. The keyboard itself can be resized and repositioned now.

Gboard’s transliteration skills now let you glide type native words phonetically into the English keyboard and get text output in the language’s script. That’s in addition to a separate layout for regional languages which includes auto-correction and prediction. 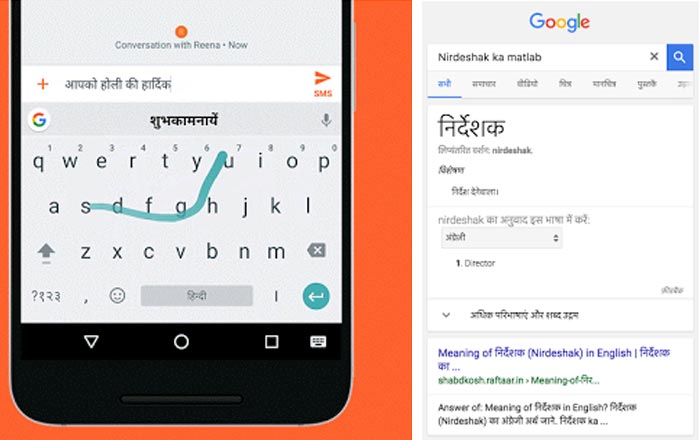 Google has further revamped Maps so that it automatically displays translations of reviews in a person’s preferred language side-by-side with the original language it was posted in. It’s also blessed Search with a new ability to instantly showcase dictionary results in Hindi even if the query was typed in English.

For example, if a person inputs ‘Nirdeshak ka matlab’ in Google Search, they’ll get the meaning of the word in Hindi and English. All of the above changes are live now and can be viewed in both mobile and desktop.