Google and HTC to reportedly collaborate again for the Nexus 8

According to a new set of rumors doing the rounds on the web, Google and HTC are planning to come together once again for the Nexus 8. So far, all the Google Nexus tablets have been designed by Asus and naturally, it does not seem to be the case this time around.

An official statement regarding the same has not been made as yet and it is the guys over at DigiTimes who have found out about this development from undisclosed sources from the upstream supply chain. As the name suggests, the Google Nexus 8 will feature an 8-inch touchscreen and it may introduce a new version of the Android platform. It is likely to hit markets in the third quarter of this year. 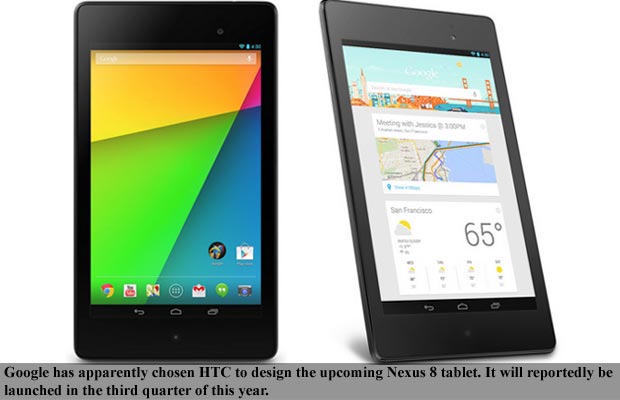 Reportedly, Asus is not very keen on designing the third-generation Nexus tablet as Google has introduced certain restrictions on partnership. The Taiwan-based company instead wants to concentrate on promoting its own phones and tablets. And as far as the search engine giant is concerned, it wants a new design for the next edition of the tablet and hence it decided to go with HTC.

But we have some bad news for Nexus fans. Apparently, this will be the last tablet in the range as Google’s goal was to make the Android OS popular with Nexus gadgets, which has already been achieved. And this series may not enjoy the kind of adulation it received earlier due to the fierce competition in the segment.

As of now, these are just rumors and we will suggest our readers to take them with a pinch of salt as an official announcement for Google and HTC’s partnership for the Nexus 8 is yet to be made.