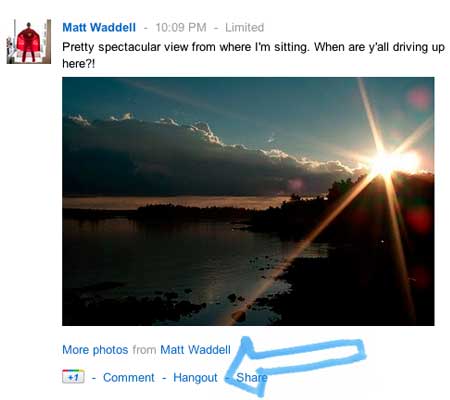 The Google+ Hangouts feature that is part of Mountain View’s spin on social networking, has brought in enhancements just in time for the holiday season. A post on the official Google blog shares that with these additions, users will be able to move beyond ‘status updates’ to connect with family and friends.

There’s always some time or the other when members’ posts on Google+ lead to discussions which are then carried forward by virtually hanging out with friends and family on the networking site. To make the process easier, the portal will now allow users to begin a hangout right from any post on the site. Clicking on the ‘Hangout’ tab which now featured underneath every post, will add an invitation to the comments. Another noteworthy introduction that has been brought in is the addition of Hangouts to Google+ Messenger for mobile devices. 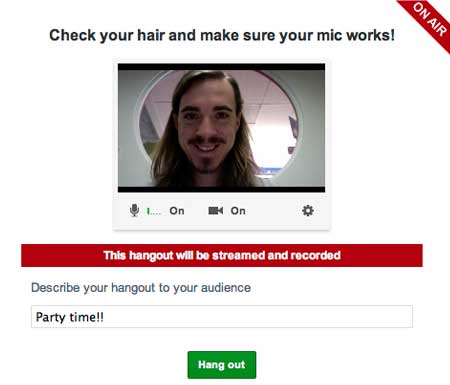 The list of improvements doesn’t end here, for the ability to go On Air will eventually be extended to more Google+ users. It happens to be in the testing phase and is currently available for public figures and celebrities. The On Air feature should allow Google+ Hangouts to become a video broadcast location of sorts. Additionally, users will also have the option to upload these full length and private recordings to their YouTube account for audiences that missed the live broadcast.

Another improvement comes in the form of a dial-in feature which allows even those users, who’s gadgets do not possess front-facing cameras, to participate in a hangout. Apparently anyone from any country can directly dial-in to simply converse with friends in their hangout. Till today, a notification on the SNS brought to light the ongoing hangouts but now new integrated developments aim to make it more accessible. 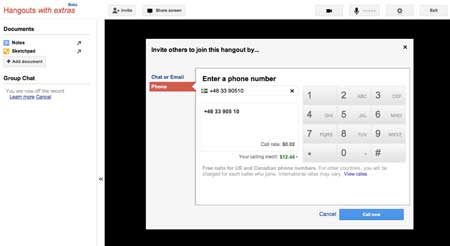 What’s more, the right side of the Google+ stream will display around three live Hangouts that the user can join. In a bid to make sure that members don’t miss out on video conferencing sessions, it will now ring the mobile device to inform them if and when they have been invited to ‘hangout’. After all the work, a dose of fun is brought in by the addition of a pair of antlers to make the video interaction amusing.

Lastly, the updated Google+ Hangouts API should permit developers to design their own effects and possibly offer it to users too.