The inevitable death of the Nexus 7 sales has begun, even as Google has stopped selling the 7-inch tablet through its own online store in the US. While you can’t buy it through this particular channel right now, the device can indeed be grabbed through regular retailers like Amazon.

However, those interested should rush with their orders as these are most likely the final stocks of the well received slate. The reason for this phasing out of the Nexus 7 is of course the recent arrival of the Nexus 9 tablet which boasts of much better features than the ones offered by the 7-inch device. 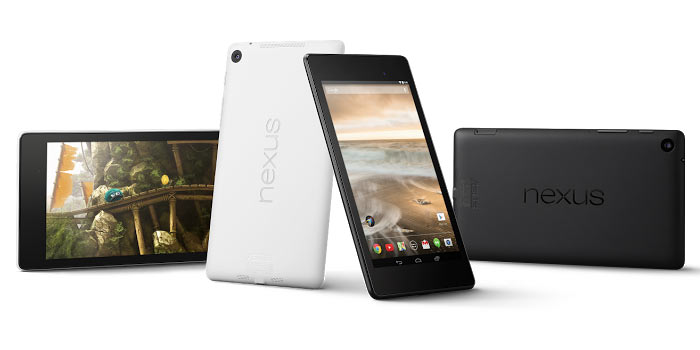 However, their pricing is where a huge difference can be observed. The Nexus 7 tablet can still be purchased for as low as half the price of the Nexus 9. Released back in 2013 as an update to the previous year’s 7-inch tablet, the Nexus 7 was outed to showcase the offerings of the Android 4.3 Jelly Bean OS.

Here’s a quick look at the specs of the Google Nexus 7:

Apart from a 7-inch 1920 x 1200 pixel display, it carries onboard a Qualcomm Snapdragon S4 Pro chipset bearing a 1.5GHz quad core processor. This setup is accompanied by an Adreno 320 GPU and 2GB worth of RAM. While a 5MP camera sits on its rear surface, a 1.2MP front snapper has also been granted to it.

These are no doubt the last days of the Google Nexus 7 being available for purchase even outside the US; so interested parties should hurry with their purchases.