Google goes down and everyone thinks it’s the apocalypse

Twitter has been aflutter with tweets saying Google Goes Down, or something along those lines. The panic spread in waves and soon everyone everywhere (excluding the few who slept through it) had taken to Twitter to talk about it. The Google Search outage lasted for less than ten minutes and it followed on the heels of DNS issues most of us have been facing over the past week. If, like us, you have a fast internet connection but noticed that some websites were taking forever to load, then you know what we mean.

As for the Google Search blackout that occurred several hours ago, GoSquared Engineering has got some interesting data on it. The outage is said to have lasted for five minutes between 23:52 and 23:57 BST. There apparently was a massive 40% drop in page views during this short span of time. The analytics firm’s graph on worldwide page views per minute also noted that page views shot up once Mountain View got the search engine back on its feet again. Not just Search, all other Google products including Gmail, Drive, Postini, Blogger, Maps, Voice and so on, were tripped up at some point during the last few hours. 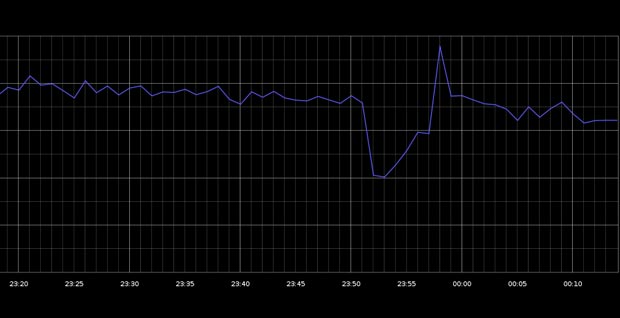 This can be gauged by the Apps Status Dashboard which shows that all of Google’s products received the red badge of Service Outage today (or yesterday, depending on where you live). Search Engine Land notes that the last time something this big happened to Google was when the entire internet was briefly branded as malware by the company. The issue had caused every website to be marked with malware alerts and a ‘Do you really want to go to this site’ prompt. As for the latest problem, it looks like an apology is in order.