The yet-to-be launched Google Glass which is currently being tested, has received a major software update called XE5. It has already been rolled out to fix some issues that have been witnessed in the piece of hardware.

According to the guys over at Phandroid, this is just one of the many upgrades that the eyewear is likely to get before it is launched commercially in markets around the globe. This website says that the search engine giant sent a changelog that lists out all the new features of the device. Those in possession of the gadget will notice a change in the sync policy because of which it will now require power and Wi-Fi connectivity for background uploads. 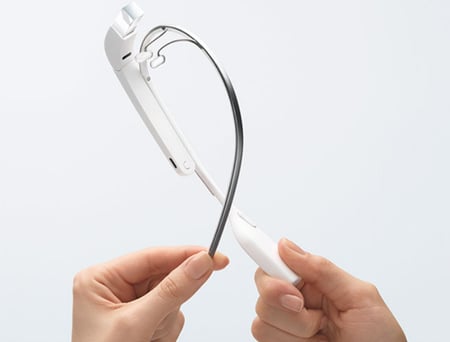 Furthermore, it will have the ability to report crashes and the device will allow users to view G+ notifications for comments, direct shares, +mentions as well as incoming Hangouts. And if that’s not all, it can also be used for commenting and +1ing a post on the social network. Customers who were not very happy with the transcription speed for messages and queries can heave a sigh of relief as it will increase dramatically.

A simple long press anywhere in the UI triggers the search function and it supports international calling and text messaging too. Hopping animation on disallowed swipes is possible and its Info card now features the serial number. Some of the other attributes include On-Head Detection calibration flow, a reliable estimation of battery life and a new recipient-lost mosaic.

Fitted with adjustable nosepads and a durable frame, the eyegear tags along a display that is equivalent to a 25-inch screen when viewed from a distance of 8 feet. Users can click 5MP images and even record videos in 720p resolution using the device that tags along 16GB of onboard memory. It utilizes bone conduction transducer for transmitting audio and connects to compatible gadgets via Bluetooth. The spectacles provide internet access through Wi-Fi as well. 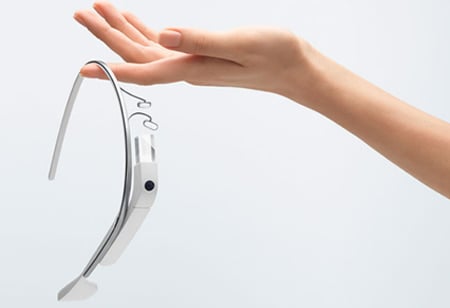 The XE5 software update will kick off only when the Google Glass is being charged and could take more than a few minutes. The Mountain View-based company hasn’t disclosed availability details of the gadget as yet, but it should hit store shelves before the end of this year.