Before this, those in the US and the UK needed to complete a long checkout process in order to procure for themselves an Explorer Edition unit of the Google Glass. It has however been brought under the Play Store umbrella now so that you can snap up this fancy wearable without breaking a sweat.

We might be speaking too soon, but it seems to us like a commercial release of the product might be around the corner. The price of the Glass is still the hefty amount that it was before, that’s $1500. But Google does throw in a pair of extra frames or shades with the purchase to keep its buyers happy. 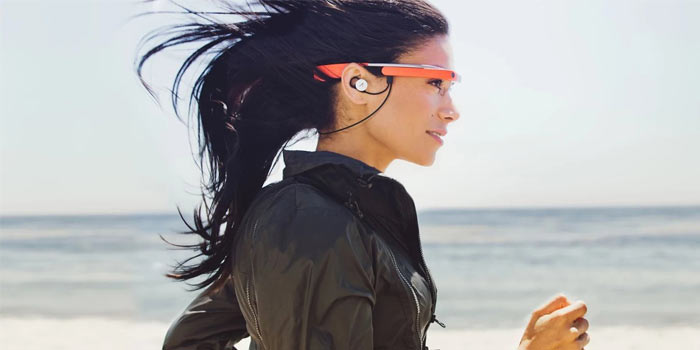 The Google Glass is in its open beta stage currently, and is sold in the form of an Explorer Edition unit which is a program that encourages users to share their experiences with everyone. As we’re sure you know, Google Glass is actually an optical head-mounted display running the Android OS.

It can be controlled using just your voice or its track pad. A5MP camera supporting HD videos has made its way onto the gadget, apart from Wi-FI and Bluetooth connectivity. Weighing in at 43gms, Google Glass possesses 16GB of storage and 2GB of RAM onboard.

It was first unveiled in 2011, and has been with developers for quite a long time now. But Google has been quiet regarding a commercial release since the start. Let us hope the fact that Google Glass has arrived on the Play store will mean that a full release will take place soon and take some chunk off the hefty price tag of the device.