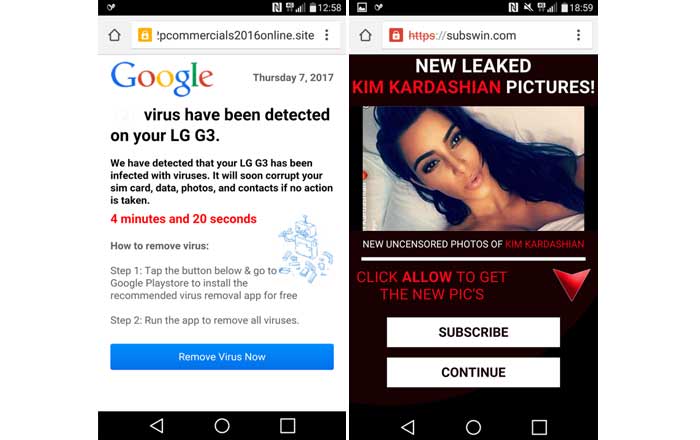 Google’s gotten rid of over 60 apps in the Play Store after Check Point researchers discovered malicious code hiding in plain sight inside the applications. The apps were mostly targeted at children and contained explicit ads and warnings of a non-existent virus.

The apps were pretty popular, with the report finding that they had been downloaded between 3 million and 7 million times. Some of the biggest names include Mcqueen Car Racing Game and Five Nights Survival Craft.

Collectively known as AdultSwine, each application contacted its Command and Control server and received instructions on whether to hide its icon and which ads to display. It could view which app was currently running and inject pornographic ads inside that too.

Also Read: UC Browser gets booted out of the Play Store

Another common tactic was to tell the target that they could win an iPhone by answering 4 questions. Doing so would open up a page asking them to enter their phone number. The malicious code would then use that number to register for premium services and charge the person’s account.

Google has removed the 60 apps in light of these revelations. Its Play Protect mechanism should have detected the applications on its own though, especially since their tactics were so transparent. You can check out the complete list of apps here.