Google+ gets major overhaul, update coming to all in few days 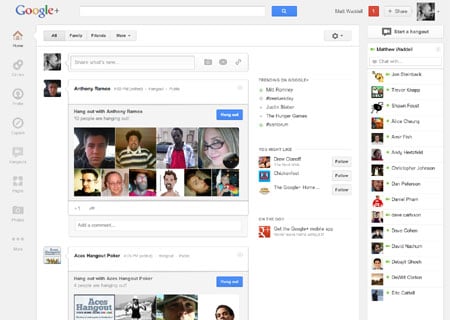 Google+ has recently been put through some major changes and the outcome is apparently better navigation, higher resolution photo support, a new hangouts tab and an updated profile layout. Well, these pretty much cover almost every nook and corner of the SNS and the Mountain View-based search giant plans on rolling out all the aforementioned improvements over the next few days.

First on the list of changes is better navigation. The social network has churned out the static icons which were previously located at the top with a dynamic ribbon on the left that will incorporate all applications. Through this new panel, users will be able to rearrange apps in any preferred order, view quick actions by hovering the mouse over each selection and even hide a tool by moving it to the ‘More’ section on the bottom. 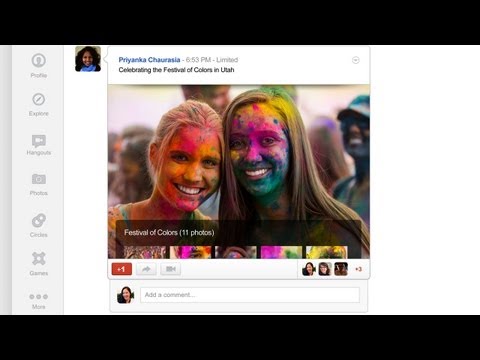 With an aim to create an enhanced sharing experience, the update is expected to bring in full bleed photos and videos, a better way to join and search discussions and an activity drawer that’s said to ‘highlight the community’ around users’ content. The search engine giant has already introduced its hangout apps feature. And now, it plans on making available a dedicated Hangouts page that should bring in an updated list of invites from circles, provide quick access to public as well as on-air hangouts and much more. In addition to all of these, Google+ users will also be presented with a new Explore page, a chat list and a profile layout. 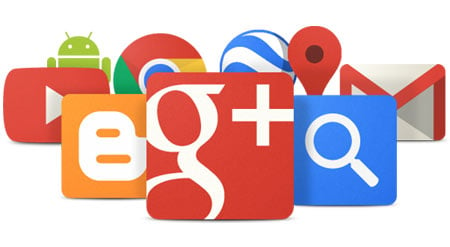 As stated on the official Google blog, the Google+ update comprising of all these aforesaid improvements is expected to roll out over the next few days.