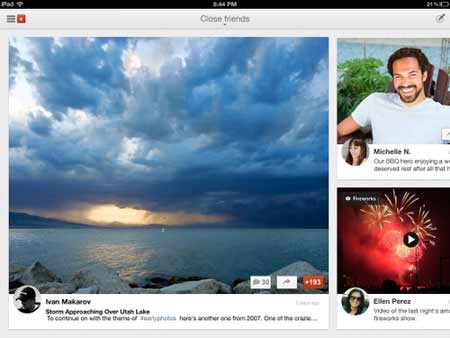 Shortly after introducing the Google+ application for Android tablets, the search engine giant is out with Google+ for iPad that can now be downloaded from iTunes. Along with this, the iPhone version of the app has also been updated with new features such as Hangout and support for Google+ Events, informs the official Google blog.

Needless to say, that the application has been developed with the device in mind and is optimized for its Retina display. Google has added some new attributes to the software to make it interactive. While streaming through content on the homepage, users can pinch the screen in order to expand the post and easily add in their comments. Re-sharing a post on the iPad is as simple as dragging it with two fingers from the stream.

Hangouts, one of the most popular features of Google+, has naturally been integrated within the new application. Subscribers of the social network can video chat with as many as 9 friends at a time and its ringing notifications ensure that friends join the conference every time it is launched. Moreover, Hangouts can even be wirelessly streamed and displayed on a TV with the help of AirPlay. 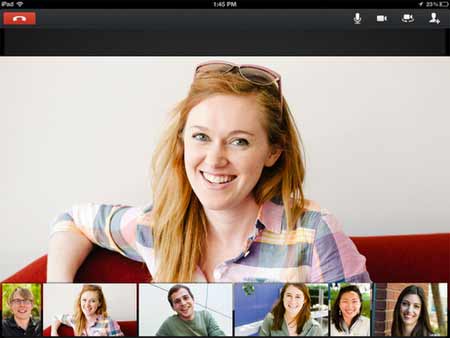 Furthermore, the iPhone app now boasts of Hangouts support as well as ringing notifications. Users can access Google+ Events to manage existing ones, upload pictures and comment on them using their Apple smartphones. Previous events and their images can also be viewed through the phone itself.

The Google+ for iPad and iPhone app can now be downloaded via iTunes, free of charge.