Google+ for Android gets its big makeover 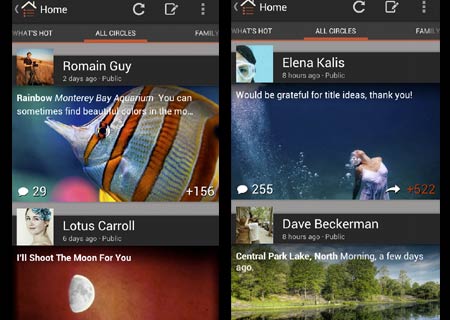 Just as promised, the refreshed Google+ for Android app has surfaced a few weeks following the launch of its iPhone counterpart, which was first to receive a complete overhaul. The Mountain View search giant’s efforts ‘toward a simpler, more beautiful Google’ have brought in a handful of new features.

First on the list is the ability to start hangouts from almost anywhere straight from an Android-powered smartphone or tablet. This can be done by simply tapping on the Hangout button that’s located on the new navigation ribbon. On selecting friends to chat with, all users have to do is hit Start. What’s more, others will be able to ring back with a single tap if they miss the hangout call. 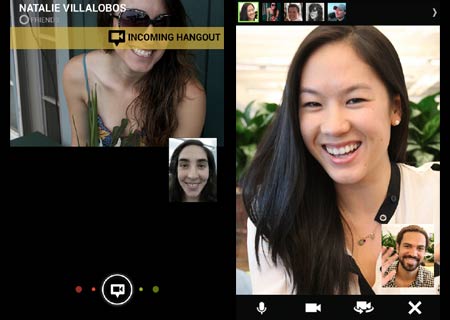 “We continue to work toward a simpler, more beautiful Google, and today we’re accelerating these efforts with a new Google+ app for Android phones. The update includes lots of highly-requested features—like the ability to start a hangout on the go, and to edit posts inline — as well as a stream that celebrates the rich content shared across Google+. In all cases we’re building for a mobile future, and we’re excited about what’s ahead,” shares Vic Gundotra, Senior Vice-President of Social Business for Google

In addition to the aforementioned attributes, the application brings in a full-screen view of all media in the stream. Conversations are said to fade into view, while touchable actions allow users to carry out certain operations like +1. For quick navigation to various features, the new app packs in a navigation ribbon which can be slid in and out when needed. Users will be able to download and save images from their Google+ accounts as wallpapers and even edit posts inline. 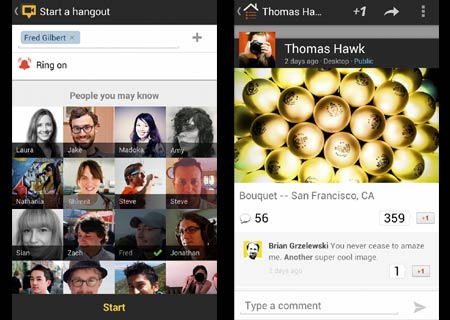 The Google+ for Android version 2.6 update is available for download through the Google Play store.