Google Fiber: How to get it 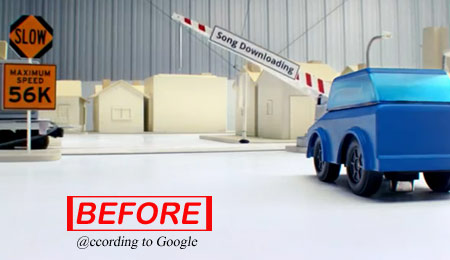 With the promise of internet speeds over a 100 times faster than what most regular Americans have access to, a huge chunk of web users are obviously wondering how to get Google Fiber. For the present, Mountain View only has eyes for Kansas City.

People in the aforesaid area may sign up for the service through google.com/fiber. The pre-registration process will require applicants to cough up a $10 deposit and essential information like their name and address. But registering for the service won’t ensure that interested parties are actually guaranteed the 1Gbps service.

That’s because Google has decided to set up the facility only in ‘fiberhoods’ which show enough enthusiasm to reach a set pre-registration goal. So internet users will have to get more neighborly and cajole others in their hood to sign up for the service. Additionally, the company has promised to hook up schools, hospitals and other such community buildings with free Gigabit internet.

Once a fiberhood has touched the predetermined pre-registration goal, applicants from that area will be able to opt for a package. Speaking of service plans, there’s the Gigabit + TV option at $120 a month inclusive of storage and network boxes, 1TB Google Drive space, access to a horde of channels as well as on-demand content, a TV box, a Nexus 7 and a 2-year contract. 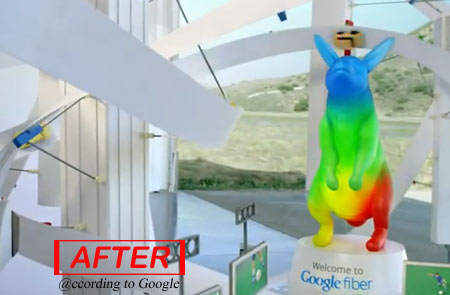 For the $70 per month plan which strings along a 1 year contract, a network box and 1TB Google Drive are thrown into the mix. Both the said Google Fiber plans involve a $300 waived construction fee. Anyone who’s willing to shell out the $300 fee can look forward to a network box and a free 5Mpbs connection for the next 7 years at least.

It’d be good to note that those in Kansas City who want to get Google Fiber have only until September 9 to rally troops of enthusiasts and show Mountain View some love.