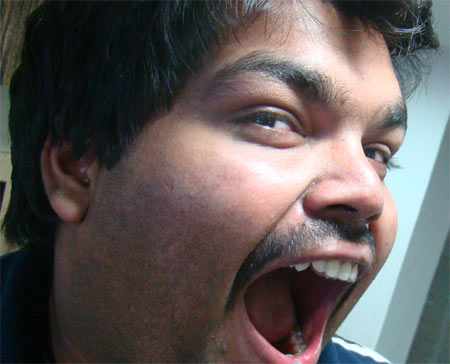 Now that Google is trying to patent its facial password recognition software, Android users may soon be seen sticking out their tongues to unlock their devices. No more will they have to remember codes or complicated patterns to ensure no one gets access to private content saved on the smartphone.

The feature builds up on the existing one which was introduced by Google along with the Ice Cream Sandwich platform. Phones running ICS or later versions of the Android OS can be unlocked by a person if he simply holds the smartphone in front of him. Then why is the company asking its customers to start making weird faces?

Based on several reports across the web, BBC News mentions that the current software can easily be fooled if a picture of the handset’s owner is held in front of it. To avoid the possibility of people losing data in spite of protecting the device with this option, Google has come up with the idea.

And this is not even the first time that the guys over at Mountain View are trying to enhance the software; with Jelly Bean they had made it mandatory for customers to blink in order to get through. But some people managed to fool the smartphone yet again. This is one of the reasons why Google has taken another step to make facial passwords worthwhile.

A user’s frown, an open-mouthed smile, tongue, an eyebrow movement or wrinkling the forehead will act as facial landmarks as well as the device’s passwords. The phone will detect if the owner is pulling off the action correctly or not and will unlock accordingly. It will compare images with pictures captured from an already recorded video stream. The new function is also capable of differentiating between an actual person and an image and should recognize fake animated gestures too.

Apart from this, the patent-pending program may even beam multi-colored light using flash and look for the corresponding glint in the customer’s eyes to ensure that it is not being shown a doctored image or a clipping. It will also ask them to pull off a series of expressions in a random order.

Considering that all of these ideas for Google facial password recognition software are yet to be designed to work as the company intends them to, we can’t be very sure about exactly when we’ll be able to stick our tongues out to unlock our handsets. Guess we’ll have to be patient until the tech leader releases the program with all of the aforementioned features in it.