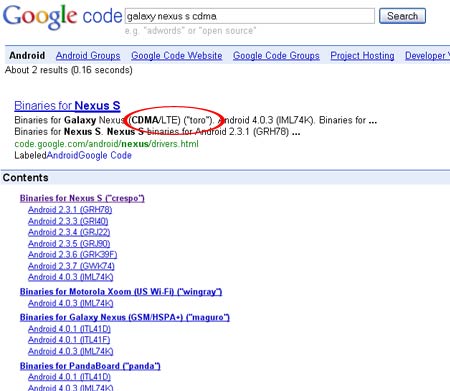 If the Google Groups forum is to be believed, then the company dropping its support for CDMA devices including the Galaxy Nexus S is a technical hiccup related with APK files. Yes, the company clarifies the same in an official statement, and brushes off rumors of the non-support being a Wallet commotion.

According to Google, there are a number of technical reasons why carriers of recently released CDMA Android devices put the core telephony functionality in binary .apk files. To have them work in the right manner, these files must then be flagged by something termed as a ‘platform’ key.

The official post explains, “However, when an individual creates a custom build from the AOSP source code, they don’t use the same signing key as these CDMA flies were signed with. The result is that these files don’t work properly, and pure AOSP builds running on these devices can’t place calls, access mobile data, and so on.”

On the whole, this sudden denial towards shouldering its responsibilities for CDMA devices is going to see a fairly large number of Nexus owners left in the lurch. And it’s only understandable, given how this affects future updates is still unclear. As if to pacify users, Google does however mention that closed-source binaries for these devices will be provided. Nexus devices are going to continue featuring unlockable bootloaders too.

Is this Google’s effort at unifying the devices it supports or is it just that more GSM/HSPA+ devices are being opted over CDMA ones? With Google promising to be working at enhancing support, ‘wait and watch’ seems to be the only option. Of course, we’re hoping the company wants to keep everyone updated on the improvements this time.