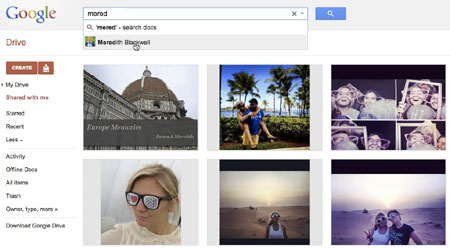 Google has rolled out a few updates on Drive, allowing users to do things in a number of new ways. With the enormous amounts of space being made available on the cloud storage service, the changes make it easier to find things as well as ‘organize, and view stuff,’ as the Google Drive blog puts it.

With the amount of online storage at users’ disposal, and the amount of files that people generally store on the cloud, it becomes difficult to find something if the exact file name gives the old noodle the slip. The ‘search by person’ feature comes in handy while searching for something shared by a particular person. It auto completes people’s names to make the process even smoother.

Probably one of the most interesting upgrades in the current pile includes the ability to view Google Earth map files. Users have been granted the freedom to open, preview and even interact with these files (of the .kml and .kmz format) directly in their browser. 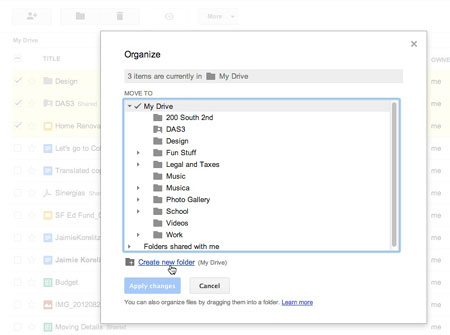 Those using Chrome will be able to move stuff to Drive on the web simply by dragging and dropping entire folders. Meanwhile, organizing files on the Drive list gets streamlined further. Users can now create new folders to drop stuff into, instead of putting files in existing folders.

Another feature padded in to make searching for files more consistent, and deliver results more pertinent, includes searching in trash. So if a file has been accidentally deleted, it will show up in the search result too.

A post on the Gmail blog reveals that searching for files in the Mountain View giant’s email service has also got faster. The ability to search through emails by size and using ‘more flexible date options’ has been added. For example, trying to find all emails larger than 5MB and sent over a year ago will look like this.

Then there is the exact match feature, which must be invoked using a plus sign. This will only show results which precisely mirror the search term. For example, an exact search of the word ‘unicorn’ will return those messages containing specifically ‘unicorn,’ and not ‘unicorns’ or ‘unciorn.’