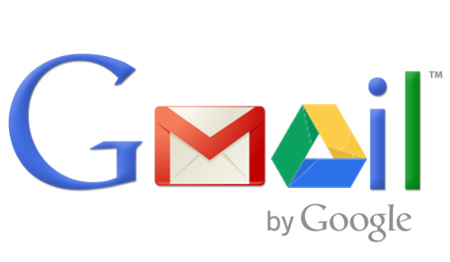 Since Google has been going around tweaking most of its products lately, it must’ve thought why leave Gmail and Drive behind in the process. For those out there who have ever wondered what to do with the extra hoarding capacity in their inbox and where to find additional room to adjust with the limited quota on the cloud service, the company has answered their prayers by combining the storage space across the utilities.

While the Drive which had been launched last year has ever since offered up to 5GB of space to hoard content, Gmail has been proffering 10GB of free storage per account from last year. Last we heard of the search leader experimenting with both the products together was when it had permitted attaching files from the former directly into a mail without compelling users to leave the latter service. 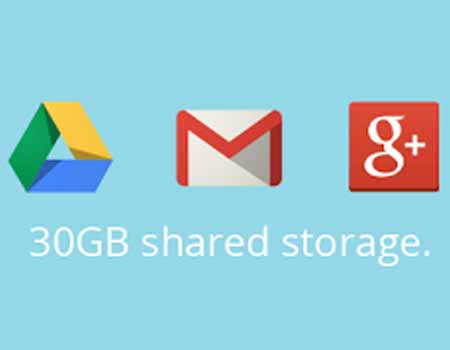 Not only does the union of both apps this time put forth a sum total of 15GB capacity, but the company has sweetened the deal by providing an overall quota of up to 30GB. These modifications have led the Menlo Park folks to abandon the 25GB tier which had initially been a resort for users in search of additional hoarding space on the mail service.

But let’s look at the silver lining. People will soon be able to save their data from the cloud utility using the capacity for stashing content that is touted by the email app and vice versa. These files of course don’t take Docs, Sheets or Slides into consideration, just like they didn’t in the past. 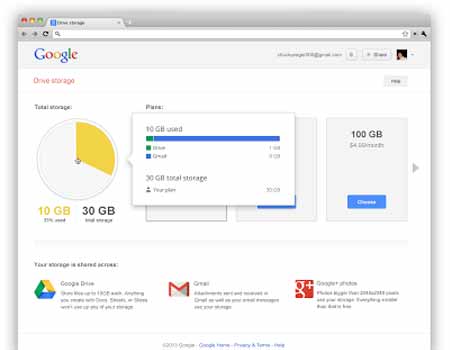 Any picture that has been shared on G+, which weighs more than 2048px, will be counted as a part of the 30GB quota. The conglomerate has moreover vouched to roll out updates to the cloud storage page with a view to render users with a clear picture of their stockpiling pattern and monitor it.

Google Drive storage page should broadcast a pie chart on the left side with the 25GB, 100GB and 16TB tiers dominating the right. This upgrade should be made available to users across the globe through Rapid Release domains in the weeks to come, said the company on its official blog.