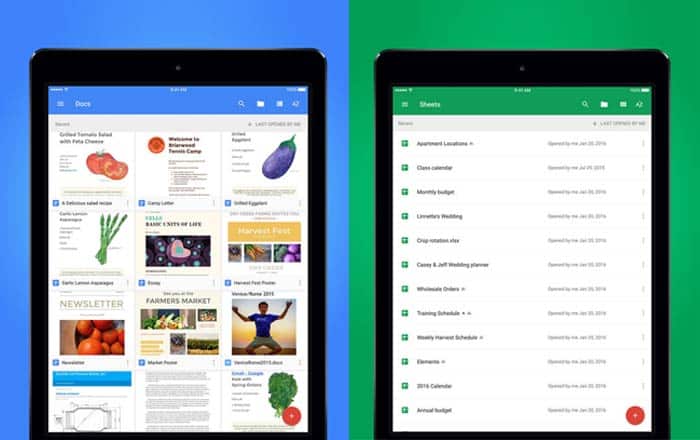 iPad power users who have been lamenting the lack of multitasking support in Google’s productivity tools can rejoice now as the tech giant has finally blessed its offerings with key features like Split Screen and Slide Over. The company’s Docs, Sheets and Slides apps are receiving the update right now.

Split Screen and Slide Over support have been a long time coming for Google Docs, Sheets and Slides. Most other productivity tools by rival companies like Microsoft have already received them. As can be guessed by its name, the former allows iPad users to run two applications side-by-side simultaneously.

However, it should be noted that Split Screen only works with more recent models like the iPad Air 2, iPad mini 4, and the 9.7-inch and 12.9-inch iPad Pro. As for Slide Over, it lets consumers check in on other applications like Twitter or Notes one at a time by swiping from the left side of the screen.

The multitasking features were introduced over a year ago in iOS 9. So far, Google has furnished Chrome, Photos and YouTube with Split Screen support. It later upgraded its Docs app for the iPad Pro with native resolution support in March. The tool has additionally gotten the ability to insert images and page breaks in the latest update.

Google is on a bit of a productivity-focused roll at this point, since the company also added a couple of new features concentrating on tables and charts to its Docs, Sheets and Slides apps for Android. From now onwards, people can easily copy cells from Sheets and paste it into Docs or Slides as a fully formatted table.

It should be noted that the new facility won’t work with more than 400 cells. Moreover, Google Docs, Sheets and Slides need to be updated to the latest version for the cross-platform compatibility to work. You can download the upgraded apps via the Play Store or App Store.