Google’s promotional extravaganza for its next pair of Pixels has officially begun in full force, with the company teasing fans via hidden clues and video promos. Yesterday saw the emergence of a billboard advertising an October 4 launch date for a new product.

Google has now embedded a direct link to its Made by Google site on its search engine’s homepage, repeating the same tagline of ‘Ask more of your phone.’ Clicking on the url opens up a page asking visitors if they’re ‘Thinking about changing phones?’ It then tells them to stay tuned for more on October 4 and asks them to enter their email address.

Intrepid detectives on Reddit have discovered a camera sample (see above) hidden within the depths of the Google page’s source code. It features 2 black-and-white cookies in the shape of an 8 at the bottom of a colorfully wrapped container. The EXIF data confirms that the photo was shot by a Google device, but the model number humorously says ‘Not that easy ;).’ 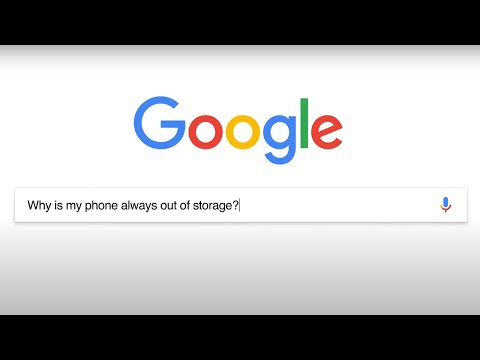 Moreover, the coordinates of the snap lead to Google’s headquarters in California. It was probably aware that people would try to search for Easter eggs. It’s possible the image isn’t a camera sample at all, but a red herring or clue to something else. For example, some have suggested that the color scheme could be an indication that the new Pixels will be sold in black and white.

Others say Google might be hinting at a dark theme to complement the regular one. Previous rumors have suggested that the Pixel 2 and Pixel 2 XL will focus on low-light photography, another interpretation of the photo.

Finally, Google has released a video that features various questions being typed into the company’s search engine like why is their battery life so poor and why their phone is so dumb. We’ll know the answer come October 4.