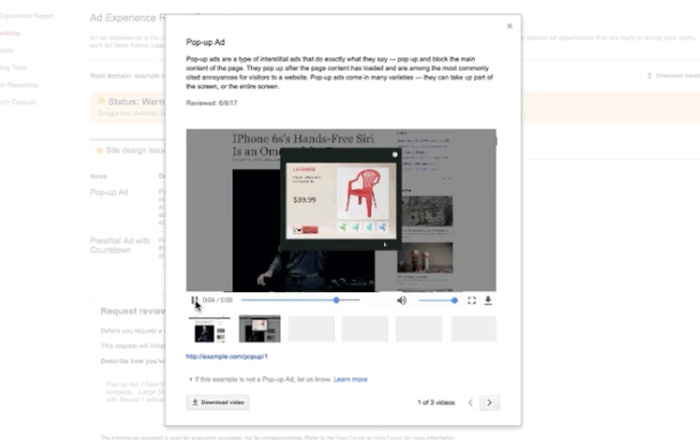 Google has officially confirmed plans to build an ad-blocker right into Chrome to kill annoying ads in 2018. Of course, the search giant isn’t actually calling the upcoming feature an ad-blocker, since it functions more like an ad filter.

That’s because Chrome’s new powers will only eliminate bad ads which are not compliant with the Better Ads Standards. This includes intrusive autoplaying videos that play music and invasive pop-ups.

Google apparently isn’t sparing itself from this new regime, stating in a blog post that it intends to block its own ads if they don’t play nice with the aforementioned standards. The move can be seen as a strike against ad-blocking software, pre-empting third-party apps by providing its own solution.

Ad-blockers usually remove all ads on a page, so Google’s way allows publishers to generate revenue from ‘good’ advertisements without turning off readers who don’t want to be attacked with frustrating ads. The brand’s additionally launched a new Ad Experience Report to help site owners determine whether the ads on their page lives up to its standards.

Google’s also introduced a new Funding Choices beta program for publishers to develop alternative streams of income. They’ll be able to display a customized message to visitors who are using an ad-blocker, asking them to either allow ads or pay to get rid of them via Google Contributor.

Google Contributor has been around for roughly 2 years now. It hasn’t exactly set the internet on fire, so it remains to be seen whether it’ll catch on now.