Google Chromecast available now in the US

The Google Chromecast, a device meant to stream content to HDTVs, has been introduced in the US where it is already selling through the official store and some other authorized retailers for a price of $35. Google also launched an all new Nexus 7 which takes advantage of the latest edition of Android Jelly Bean, that is, version 4.3. The tablet will be up for grabs this month itself for a starting price of $229.

The Google Chromecast is a small USB drive-like gadget that can be connected to an HDMI connector of a television set. Basically, it allows you to stream online content from phones, tablets or laptops to a big screen HDTV. As of now, prospective customers can make use of the device to watch shows, films and more through Netflix, Play Music, Play Movies and TV or YouTube. The company has announced that some more applications including Pandora will soon be released for it as well. 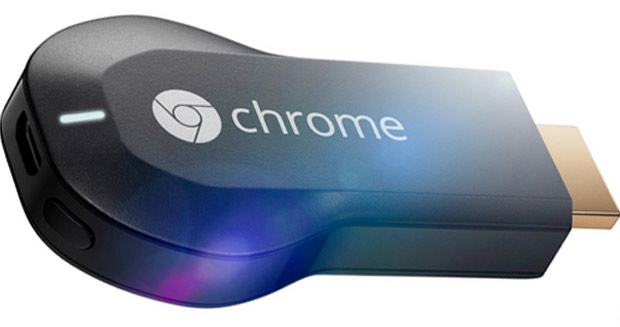 This gadget not only allows casting content to the TV, but also lets users adjust volume levels, browse through various options and even play or pause shows and movies right from the connected handheld devices. And if that’s not enough, they can continue to surf the web and carry out various other tasks while the streaming is in progress through Chromecast.

In addition to this, the Chromecast could come in handy for broadcasting tabs from the Chrome browser to a TV. It is only available for the search engine giant’s very own browser and is currently in the beta stage. The device in question is compatible with all Android smartphones and tablets, iPad and iPhone as well as Chrome for Mac OS X- and Windows-based computers.

The Chromecast can now be purchased for a price of $35 through the Play store, Amazon and Best Buy in the US.

Facebook
Twitter
Pinterest
Linkedin
ReddIt
Tumblr
Flip
Previous articleSamsung F9000 series UHD TV pre-orders to start on July 21 in the US
Next articleSamsung’s 110-inch Ultra-HD TV is so huge, you could sleep on it