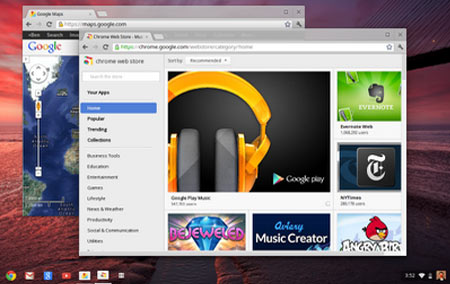 The Google Chrome OS has received a major software update and is destined for much more with the next release of the platform arriving in the weeks to come. So what’s new in this release? A redesigned UI, speed improvements, a wide catalog of applications and fresh features.

Through the update, Google’s desktop OS now packs in a fresh interface which is aimed towards creating a convenient environment for searching and accessing applications. Users will be able to run multiple apps, even while the browser is open. Additionally, favorite and frequently utilized tools can be pinned for quick initiation as well as launched in a full-screen and a side-by-side windowed mode.

“A year ago we introduced a new model of computing with the launch of Chromebooks. We’ve heard from many of you who’ve enjoyed the speed, simplicity and security of your Chromebooks at home, at school or at work. (Thanks for all the wonderful feedback and stories!) Today, we wanted to share some developments with you—new hardware, a major software update and many more robust apps—as we continue on our journey to make computers much better,” states a post on the official Google Chrome blog. 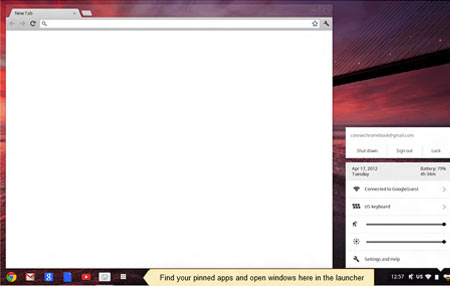 Google has introduced a bunch of new attributes as well. The platform now supports Microsoft Office files natively, eliminating the hassle of installing the software to view documents. The redesigned media player is accompanied by a built-in photo editor and uploader, while the Chrome Remote Desktop Beta tool allows remote access to PC and Mac systems. Users will also be able to download apps such as Google Play, Angry Birds, Netflix, Kindle Cloud Reader, Pandora and much more through the Chrome Web Store.

The Google Chrome OS is available through the recently launched Chromebook and Chromebox from Samsung.