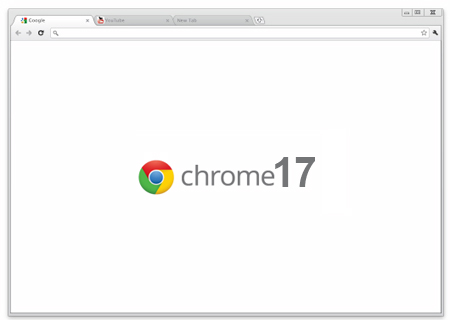 Moving out of the beta stage, the Google Chrome 17 web browser was recently let loose by the Mountain View search giant. This new update is mainly focused on delivering much better speed as well as security along with all features and enhancements introduced in the earlier, pre-release build.

By tightening the security by a notch, the update is said to bring in enhanced protection against malicious downloads from the internet. In addition to this, the company states that executable files such as exe and msi, will first be matched against a whitelist that comprises of known bad files. For quicker access to websites, all URLs entered into the omnibox get automatically completed with page suggestions that users are likely to visit.

“With today’s Stable release, Chrome now does the same thing. Except not with sandwiches. When you start typing in the omnibox and the URL auto completes to a site you’re very likely to visit, Chrome will prerender the page, so it will appear faster–sometimes, even instantly–as soon as you hit Enter,” commented Noé Lutz, Software Engineer and Malware Vigilante.

To enhance users’ experience on the Chrome OS, Google also plans on rolling out a few updates that should make things much more intuitive. Although no specific date has been provided for the upgrade, the list of new features include an image editor for conveniently customizing and sharing photos on the web and improvements to the Verizon 3G activation portal.

To download the Google Chrome 17 web browser, a stable release is now available through the company’s website.