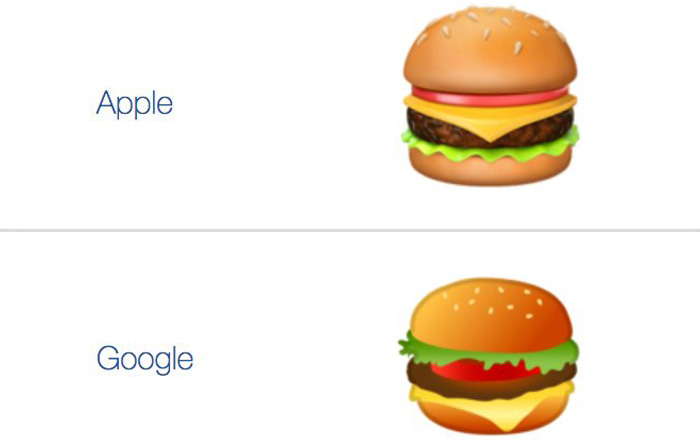 You might have a favorite way to place the ingredients in a burger, but not everyone can agree on how they should be positioned. This may seem like a random fact to parse through, but it was actually at the center of a lively debate over Google’s cheeseburger emoji.

Baekdal Media founder Thomas Baekdal fired the first shots on October 28 when he tweeted out a picture comparing Apple’s hamburger emoji to Google’s. He pointed out that the former’s emoji puts the cheese on top of the patty, while the latter puts it underneath.

Several culinary Twitter experts joined in, correctly assessing that placing the cheese on top would allow it melt on top of the burger patty. On the other hand, Google’s cheese slice would dissolve into a sticky puddle on the bun, making it soggy and hard to eat.

Also Read: You can now tweet emoji at Google to get search results

The debate went straight to the top, reaching all the way up to Google CEO Sundar Pichai. He tweeted that he would drop everything and address the issue on Monday. However, this will only happen if people can agree on the correct way to order the ingredients.

This is another problem altogether since it’s unlikely the internet will come to a consensus on burger placement. Emojipedia has a useful list of all the ways Microsoft, Twitter, WhatsApp, Samsung, Facebook, and LG make their hamburgers.

Not a single one places the cheese underneath the patty though, so Google’s alone in its mistake there. Let’s wait and see whether Pichai will be true to his word and fix this blunder.