Photo Sphere is no longer a Nexus-exclusive, as the release of the Google Camera app allows any Android 4.4 KitKat user to gain this functionality on their device. Apart from this, Mountain View has also introduced Lens Blur technology to this software, which serves the same function as that of the HTC One M8’s Duo Camera.

For those unaware, Photo Sphere is a photography technique introduced through the Nexus 4, which lets you capture 360-degree views of your surroundings and post them for everyone around the world to see. This means you can create your own Street View-like imagery without even using those humongous cameras which Google utilizes for the said function. 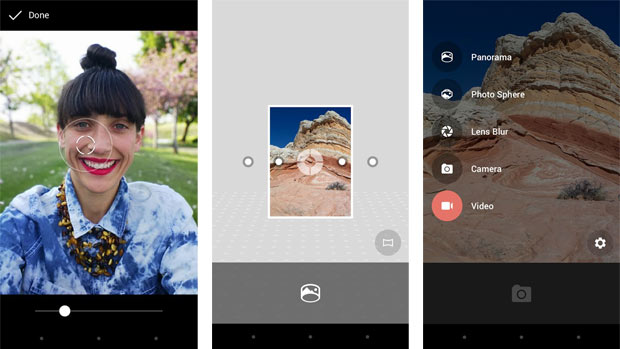 The new Camera app which is live now the Play store grabs a fresh Lens Blur feature which allows you to easily adjust the depth-of-field in your images after they’ve been clicked. This Lytro-like technique was also recently seen on the HTC One M8 which makes use of a dual camera setup to achieve the result.

Google has also blessed the Camera app with an improved design and an extra large capture button for easy access. It grabs a 100 percent viewfinder which means the image which you’ll see on the screen just before clicking the shot will be of the same resolution as the final shot. 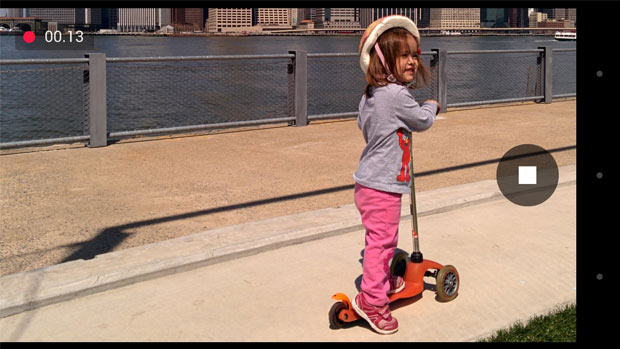 If you have Android 4.4 KitKat installed on your device, head on over to the Google Play store to download the new Google Camera app. Its maker tells us that other software versions can definitely expect it to be launched for them soon.