Last year, when Google Calendar received a huge makeover, its developers for some reason chucked out the month view for events. This disappointed and frustrated a large number of people, but Google has recognized their pain and has reintroduced the function once again through the newest update for the useful app.

Available for the Android version of Google Calendar through the Play store right now, these fresh additions to the utility are also slated to make their way to the iPhone variant soon. The previous version of this app used to give you the option to view events of a single day, three days or a week. 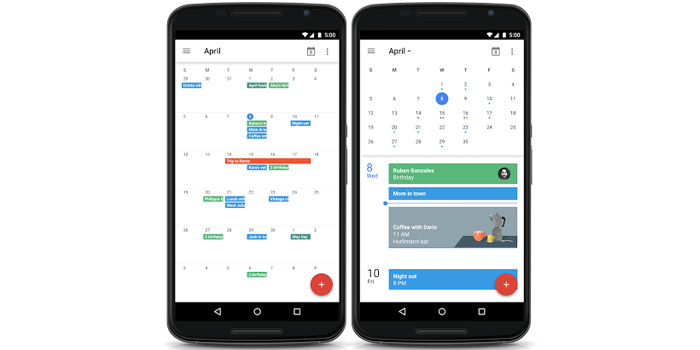 Accompanying them in the new and updated version of Google Calendar is the ability to view events of a month now. While previously, these options were present in the action bar itself, they have now been moved into navigation drawer for some reason.

Google has moreover, even blessed this utility with a few other functions by means of this update. When you’re jumping to a particular date through the pull-down calendar, you’ll be shown the colors of the events in the form of small dots which is a neat touch.

Also Read: Your Google+ Photos can be accessed through Drive

Back in November, Calendar was granted a major update which not only gave it a Material Design overhaul, but also infused it with a bevy of features resembling the ones offered by the Google Now service. These include the ability to automatically create events based on data from your Gmail, and more.

The newest version of the Google Calendar app from the Mountain View giant is live now on the Play store, and should reach your Android devices soon.