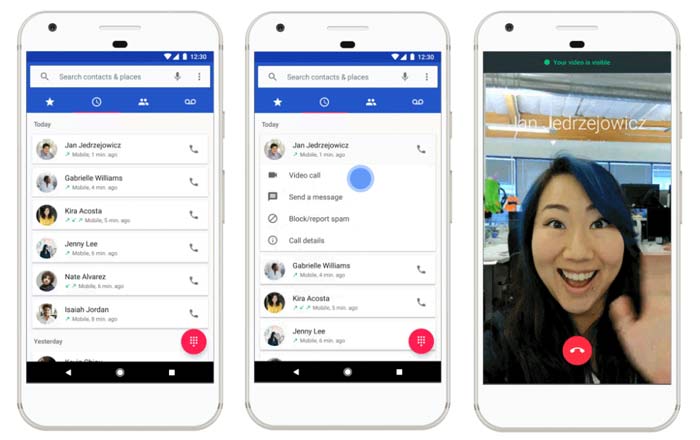 Google’s making it a whole lot easier to video call family and friends using the combined power of Duo and Android. The former is set to get more deeply integrated into the latter’s ecosystem instead of just existing as a standalone app.

Google Duo will now only be a tap away in the native Phone, Android Messages, and Contacts app. The brand’s even going to introduce the ability to switch to a video call while on a voice call later this year. The main caveat here is that both parties will have to have Duo installed in their smartphones.

If they don’t, the only way they can chat with each other face-to-face is if their carrier supports ViLTE (Video over LTE). Google is currently in the midst of cooperating with operators and manufacturers to make video calling a reality on a wide range of Android devices over time.

Naturally, the first phones to get access to this new integrated video calling experience is Google’s original Pixel, Android One phones, and Nexus devices. Even the Pixel 2 and Pixel 2 XL will get its hands on the tool once the handsets come out in the open.

Google also said that only phones running Android 7.0 Nougat and above with the latest versions of Phone, Android Messages, and Contacts will be able to access video calling at their fingertips. This is a big problem since many devices haven’t gotten updated to the OS yet.

For those who are left out, they’ll just to have download Google Duo and conduct video calls directly from the app. It’s available via the Play Store and App Store.