Google AutoDraw turns your messy doodles into works of art

Google’s ventures into artificial intelligence have resulted in some pretty cool innovations over the years, realistically mimicking human speech and writing songs. The company’s now come out with a new platform called AutoDraw to tackle simple doodles.

For people who aren’t professional artists or graphic designers, drawing on a computer can be messy and difficult, resulting in untidy scribbling that don’t look anything like what they intended. This is where AutoDraw steps in, smoothing out a person’s squiggles into a neater version drawn by actual artists.

AutoDraw basically takes advantage of machine learning to recognize a person’s doodle and suggest a list of drawings that most closely resembles it. It works like a sort-of autocorrect for sketches, even incorporating a ‘Do you mean’ phrase alongside the list of suggested illustrations.

Accessing the AI tool is pretty simple since it only involves going to the AutoDraw site on a tablet, PC or smartphone. From there, budding artists can use their mouse or finger to sketch out their masterpiece and customize it by changing the size or filling it with color. They can also type text and carve out simple shapes like squares, circles and triangles.

Google sees AutoDraw as a way to allow regular people access to a catalog of doodles when doing something like making a poster or birthday card. People would typically have to go through several hoops to get the same result, pottering around in Microsoft Paint or other drawing tools.

AutoDraw is actually derived from another Google AI experiment called ‘Quick, Draw!’ You can check out the former here and the latter here. 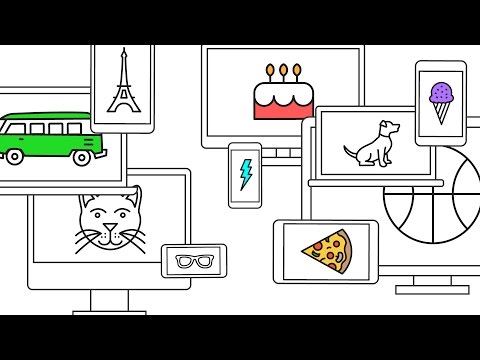