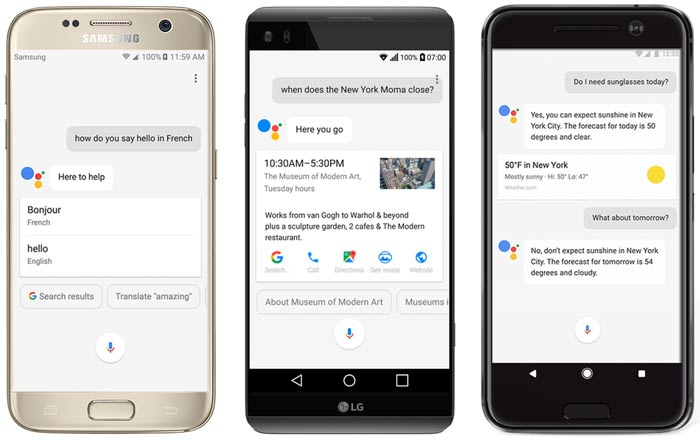 Google has made good on its week-old promise to bring Google Assistant to more Android phones than before. The search giant has begun rolling out its AI-powered helper to devices running Marshmallow and Nougat.

Google Assistant works as an enhanced version of Google Now. The former is supposed to understand contextual questions and interact in a more natural conversational tone. Like the latter, it can be invoked by pressing down on the home button or saying ‘Ok Google’ out loud.

Assistant has so far been restricted to the Google Pixel, Allo, Home, and Android Wear 2.0 smartwatches. Bringing it to additional devices is a welcome move and will help it compete better against rivals such as Siri and Alexa. It’ll likely be a fixture in new phones as well, starting with the LG G6 and Moto G5 before snowballing to others in the long run.

Your phone will get Google Assistant so long as it’s running Marshmallow or Nougat and has Google Play Services installed. There’s also an additional caveat of having at least a 720p screen and 1.5GB of RAM. The company is kicking off the rollout to English-speaking users in the US this week.

People residing in Australia, Canada, and the UK are set to get Assistant after that. It’ll also hit German speakers in Germany at around the same time. Google is planning to add more languages over the course of the year.

Google’s ultimate goal is to develop Assistant into something indispensable that is available everywhere. Keeping that in mind, the brand is going to bring the helper to cars and TVs in the future.