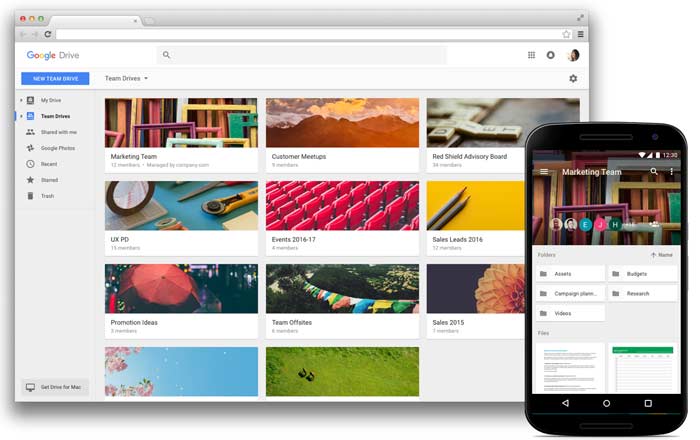 Google has announced a number of changes today, ranging from new monikers for its products to major upgrades for its existing apps. The company is doubling down on the enterprise side of things, aiming to make its offerings more useful to its clientele by adding a dash of machine intelligence.

Google’s cloud-based services will now be under the umbrella of Google Cloud. This includes the Google Cloud Platform, Chromebooks, and the newly-christened G Suite. The last was formerly known as Google Apps for Work and encompassed a number of apps such as Drive, Calendar, Docs, Hangouts and Gmail.

These apps have now been upgraded with a bunch of new features. Drive for Android has gotten a Quick Access tool which analyses a person’s activities and presents the most relevant files immediately when they open the app. Google claims this saves up to 50% of the time a worker would normally spend on finding a file. 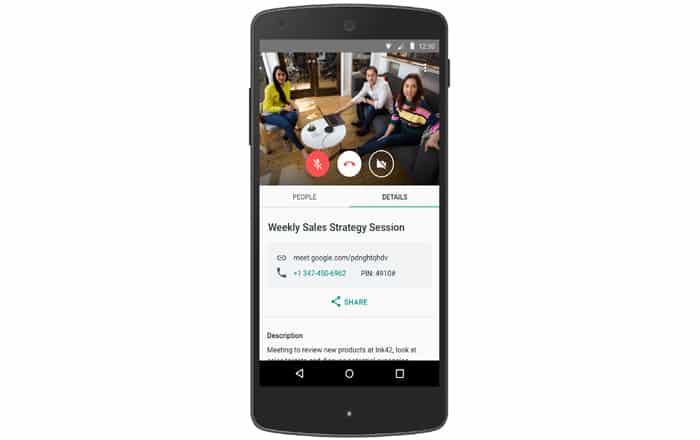 Google Calendar is also utilizing machine intelligence to make it easier to find a common free spot when arranging a group meeting. It can even inform users about available rooms based on their previous bookings. Meanwhile, Docs is getting a helping of Google Search with Explore in Google Docs.

The tool automatically recommends information and images related to the Doc’s topic, letting customers insert them directly without having to leave the app. It also lets individual’s seek relevant documents from Drive in a convenient bit of cross-platform synergy.

Other interesting updates include Explore in Google Sheets and Explore in Google Slides. The first now lets people ask questions related to the spreadsheet in a natural manner. It then crunches down the formula and offers an instant answer. The second has the ability to dynamically offer layout suggestions so users won’t have to waste time formatting their presentations.

Finally, Google has announced that it’s been previewing a new feature called Team Drives. The capability is meant to streamline teamwork from top to bottom, shifting focus from a single person to the entire group. For instance, when a new person joins, they’ll instantly have access to all the material in one place.

Correspondingly, if an individual leaves a team all their work will remain in place. Google has also been hard at work trying to improve the meeting experience in Hangouts, making it more convenient to invite anyone even if they don’t have an account or data connection. Each session generates a link and phone number and can support up to 50 video participants.

Google is extending Team Drives and Hangout meetings to more customers via an Early Adopter Program. It’s planning to announce more changes related to G Suite in the future.