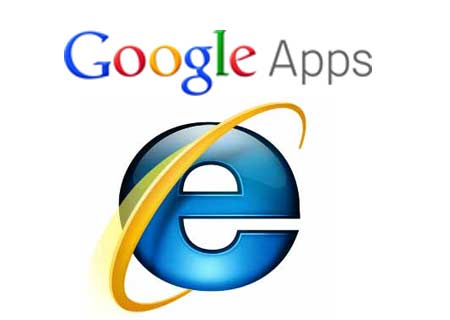 As the saying ‘Out with the old and in with the new,’ goes, the Mountain View-based search giant has announced its plans to discontinue support for Internet Explorer 8 on Google Apps. With the latest iteration of the web browser set to make its debut soon, the Microsoft-developed application in question will be compatible until November 15, 2012.

As per the company’s policy, only the latest 2 version of each browser will be supported. To put it in another way, the third-oldest release will be removed from the compatibility list each time a new version is up for download. In this case, Internet Explorer 10 is expected to launch on the 26th of October through the Windows 8 platform.

As we announced last year, we support the latest version of Google Chrome (which automatically updates whenever it detects that a new version of the browser is available) as well as the current and prior major release of Firefox, Internet Explorer and Safari on a rolling basis. Each time a new version of one of these browsers is released, we begin supporting the update and stop supporting the third-oldest version,” reads a post on the official Google Apps update alerts blog.

The editions of the products that will be affected include Google Apps as well as Google Apps for Business, Education and Government. Those accessing any of these services on IE9 are likely to receive a message prompting users to upgrade to the latest version. Apart from Microsoft’s browser and Google Chrome, the company provides support for other popular names such as Firefox and Safari.

Just to make sure the announcement is clear, Internet Explorer 8 will no longer be supported by Google Apps starting November 15, 2012, as stated earlier.