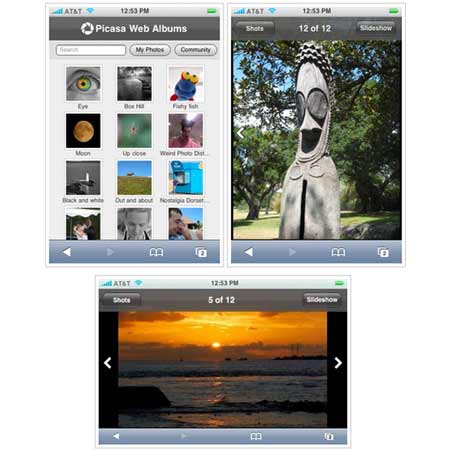 Seems there are lots of announcements from Google these days. After Google Calendar’s compatibility with BlackBerry phones, Google has now announced support of Picasa photo service for iPhone.

What does this new compatibility mean? The new features will include capability to search for photos in albums or through community photos. Google mentioned that the new feature will also allow viewing friends’ albums through favorites.

The iPhone and iPod Touch users can download the Picasa Photo features from Picasa website. On the other hand, users can also log on to Google.com and launch the application from the “More” tab.

As per Google, the only disadvantage could be that the new Picasa photo service for iPhone is now available only in English. Hence iPhone users who do not know English would not be able to use the new feature.

Looks as if, Google is making its services more and more user-friendly.