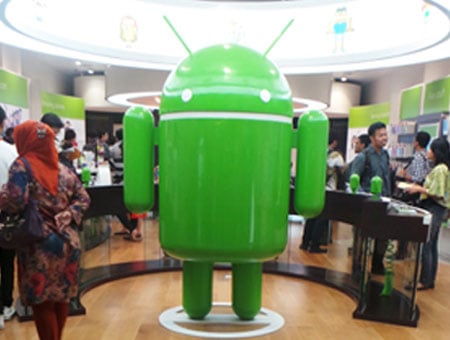 If there’s one thing that the Indian market is famous for, it’s price sensitivity. Android has bridged the gap between smartphone haves and have-nots since it’s open source and free, enabling manufacturers to tag their devices at affordable rates. Now Google’s doing one more thing that could go a long way in beating Apple to the game by launching an Android Nation store in the country.

After Indonesia, India is only the second in the world to welcome Google Android Nation stores. The Economic Times cites an unnamed source while saying that the brick-and-mortar outlet will first be set up in New Delhi’s Select Citywalk mall. No specific launch date has been offered other than the detail that it will be thrown open to the public later this year. Singapore-based Spice Global and the US tech giant have apparently partnered over an agreement to put up more such storefronts in various cities across the country.

A joint venture with Eraphone in Indonesia has already seen Google pushing devices running Android to the forefront. Since India is one of the fastest growing smartphone markets in the world, Mountain View seems to have made the right bet with this new development. The Select Citywalk outlet as well as those that will come up in the future are expected to sell devices from companies like HTC, Sony, Samsung and Spice (obviously) amongst others. The first one is expected to cover 1,200 to 1,500 square feet of space. 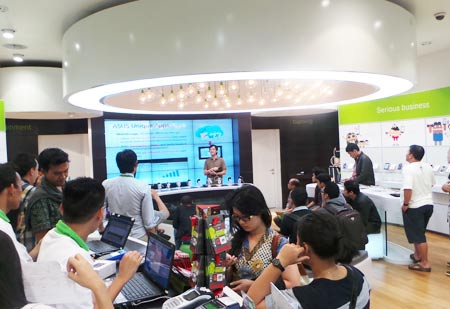 The whole idea is to deliver consumers a hands-on experience, just the way Nokia’s Priority Stores and big Apple authorized resellers play. After all, the majority of the population does appear to be most comfortable with the idea of getting a feel of tech toys before laying out the cash for them. Apart from tempting buyers with a variety of phones and tablets, these Google-backed shops will also let visitors browse for accessories, download software upgrades and bring their queries to the attending staff.

Spice is reported to have a battalion of 900 Hotspots which vend mobile gadgets and accessories. It supposedly has plans to transform 50 of these into Android Nation stores.