Google and Motorola’s Nexus 6 gets a hefty price cut, no prizes for guessing why

The Nexus 6 is no longer the highly expensive proposition that it was back when it was launched. The Google and Motorola handset had received an official price cut recently, and moreover its retail value has been slashed furthermore now, which is an obvious signal that the new range of pure Android handsets from LG and Huawei is right around the corner.

The Nexus 6 is being sold by Amazon in the US in exchange of $350. While that cost applies to its 32GB model, its 64GB variant can be grabbed at just $400. This is an unlocked variant which will work with GSM carriers like AT&T and T-Mobile as well as with GSM SIM cards.

What’s interesting is that $400 can also net you another Motorola device, the Moto X Pure Edition (that’s what the Moto X Style is called in the US). Both are high-end devices, and have their own perks, which could mean that they might end up eating into each other’s sales.

The Nexus 6 grabs a 6-inch Quad HD monitor, while the Moto X Pure Edition goes for a slightly smaller 5.7-inch Quad HD display. The pure Android device goes for a quad core Snapdragon 805 processor, but the newly released Moto device settles for the hexa core Snapdragon 808 CPU. We haven’t tested it yet, but the 21MP camera of the newer handset is being touted to be way better than any snapper on a Motorola device ever.

Here’s a quick glance at the main specs of the Nexus 6:

Google is apparently planning to unveil a fresh range of Nexus devices made by LG and Huawei on September 29. Stay tuned for all the details regarding these offerings. Meanwhile, those interested in the 6, can grab it now via Amazon in the US. 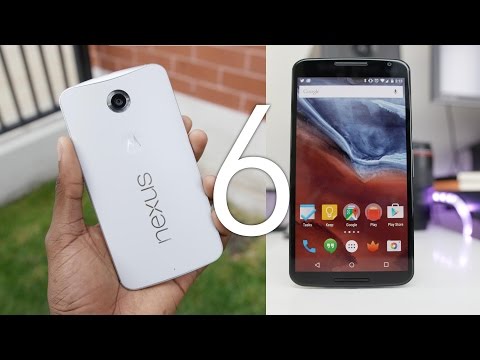