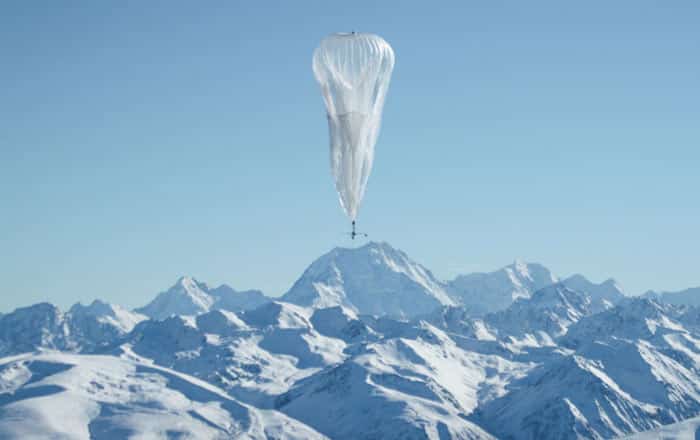 Google’s ambitious Project Loon initiative has hit a major snag which could stop the entire enterprise in its tracks. An Arizona-based company called Space Data Corporation is suing the brand and its corporate research offshoot Google X for violating the terms of a non-disclosure agreement and two of the company’s patents.

Project Loon uses balloons to beam down internet access to places. Space Data Corporation is accusing Google of infringing on a patent which describes a method to do just that, in addition to the safe retrieval of these lighter-than-air objects. Both predate the search giant’s own patents.

In even more damning evidence against Google, Space Data Corporation has pointed out that the two firms met in 2007 when the former was looking to buy the latter. As described in the lawsuit, the companies signed an NDA, after which Space Data shared trade secrets and confidential information about its balloon system, alongside business concepts.

A team of Google executives which included founders Larry Page and Sergey Brin later visited Space Data’s headquarters in 2008 and were given a demonstration of the company’s technology. This may turn out to be true since the complaint features a photo of Brin with one of the brand’s balloons.

Matters between the two businesses turned sour when Google emailed Space Data telling them that it would not engage in further discussions with the latter. This about-turn was supposedly in response to a Wall Street Journal article about Space Data which had cited an unnamed source for details about the potential buy-out.

Google apparently thought that Space Data had talked to the Wall Street Journal about its interest in buying or setting up a contract with the firm. Space Data is alleging that Google began working on Project Loon after it broke off talks. This effectively hurt its business and damaged its reputation among customers and the industry in general.

Space Data is now out for blood. It wants the law to stop Google from taking advantage of its stolen trade secrets and is seeking compensation for damages. The whole controversy puts Project Loon in serious jeopardy, with the likelihood of it ever flying again now up in smoke.