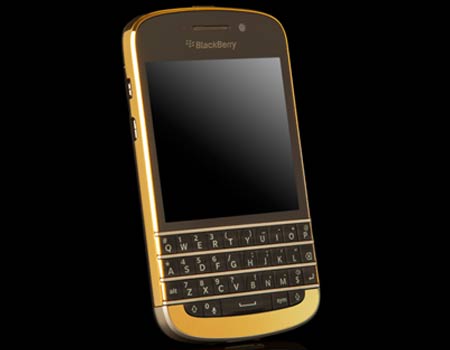 The recently launched BlackBerry Q10, has been splashed with gold and laid on the table for folks with an eye for luxury smartphones and little consideration for their over-the-top price listings. Goldgenie, the mastermind behind this piece of art is also the same company to have conjured the gilded iPhone 5 variant.

In spite of introducing the BlackBerry Q10 Gold-plated in question on May 2, the OEM has managed to sell 130 units already. It had earlier been responsible for crafting the Bold 9900 with a similar material and has now gone ahead to reveal that the second BB10 device is much thinner than the BB7 handset. 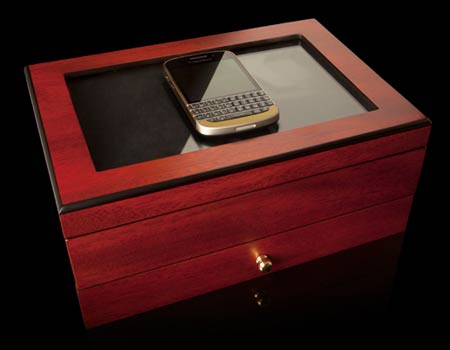 As for the components, let’s face the fact that the market has currently been witnessing much better offerings like the Samsung Galaxy S4 and the HTC One at a relatively lesser rate. But how many people in reality buy such glamorous handsets for the specifications anyway?

Radiating an aurelian hue, the gadget has been sculpted to flaunt a 24ct gold-plated bezel. This exotic variant comes with a 3.1-inch touch screen which wraps a resolution of 720 x 720 pixels. Spotted right below this display is a QWERTY keypad that rests above a 24ct gold integrated panel. 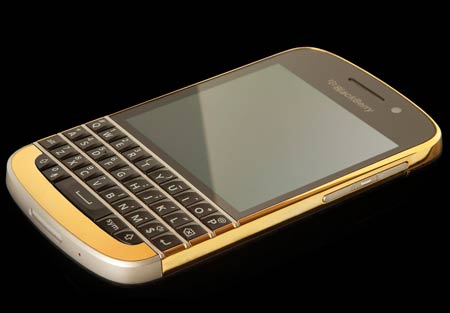 The internal memory sums up to 16GB. Since the expandability options haven’t been revealed, we believe the phone should be able to support a microSD card of up to 32GB, just like the regular model. The manufacturer has also pinpointed that the phone features 4G LTE and has arrived in a SIM free variant, allowing users to choose the network of their penchant.

The gold-plated BlackBerry Q10 can be purchased directly via Goldgenie priced at £1597 which translates to roughly $2482 and €1,886 as per today’s exchange rate. Apart from flashing the auric hue, the smartphone has gone up on sale in Rose Gold. People who intend on taking it home should note that it will be tagging along a Luxury finished box. 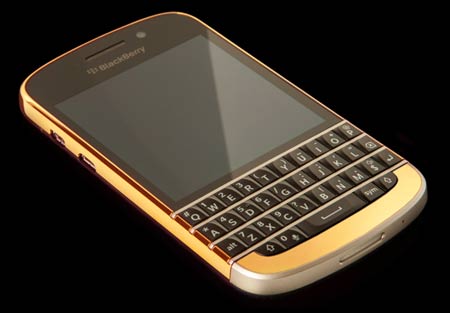 Meanwhile, let’s go through the specifications of the original device: