If you remember, we had seen leaked images a while ago of a BlackBerry Passport bearing a golden frame instead of its stainless steel rim. At that time, we weren’t sure whether this device was to be made available by the company itself or some third-party dealer, but things have been cleared up finally.

This gold-plating on the new and well received BlackBerry handset is done by a Vietnamese firm named Mavang. As revealed by GSM Arena, this is done by the company in a three to four hour process, during which the smartphone is dissembled, its rim is plated with 24K gold and assembled back again. 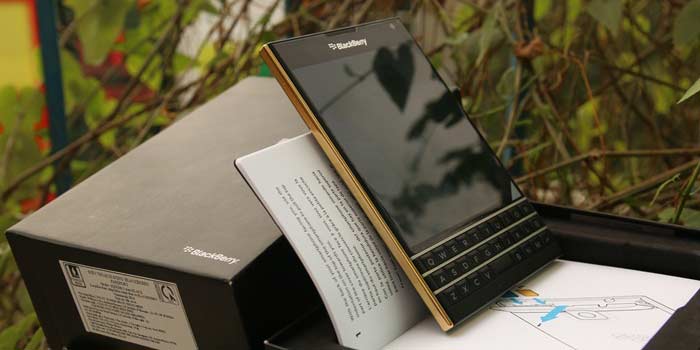 We have to admit, the device looks utterly gorgeous when dressed in a gilded frame. But this comes at a price of course; interested parties will need to shell out anything between VND 8000000 ($375) and 1000000 ($470) over and above the device’s actual cost in order to get a gold-plated Passport for themselves. The price varies based on customizations like carving a message or a business logo.

Also Read: BlackBerry Passport is selling like hotcakes in India, all units sold out on Amazon

This new BlackBerry phone grabs a unique form factor which incorporates a square display and the company’s trademark physical keyboard with touchpad gestures. It has moreover, been equipped with some really advanced components and the latest software platform from the Canadian company.

Here’s a short glance at the specs of the BlackBerry Passport: 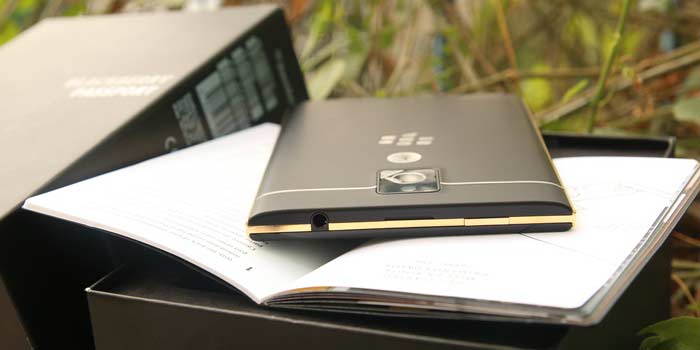 Like we said, a Vietnamese company named Mavang is gold-plating the BlackBerry Passport right now at the above mentioned prices.\