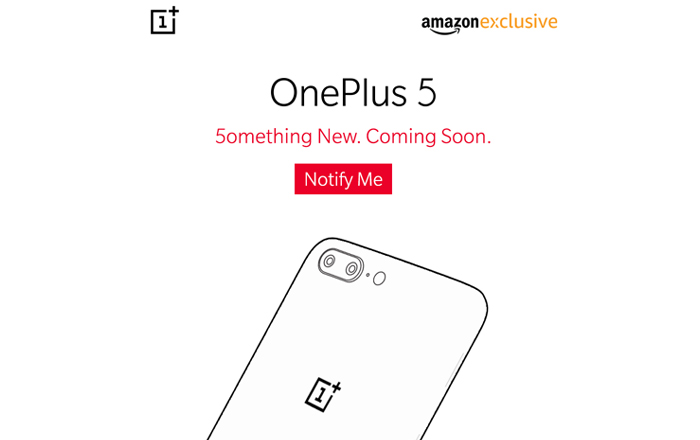 OnePlus began teasing a new color option for the OnePlus 5 a few days ago, releasing a couple of promos to build up the hype. One of these images has accidentally revealed the color of the upcoming model.

Amazon India’s landing page for the OnePlus 5 currently has a banner with the words ‘5omething New. Coming Soon.’ As it turns out, the source code of the page contains a URL that features the word ‘gold.’ This is a pretty big sign that the new shade will be a gold variant.

There’s more proof of this assumption in a TENAA listing for the OnePlus 5 which contains a Mint Gold model alongside the standard Slate Grey and Midnight Black ones. What’s more, the company has already released Soft Gold variants of the OnePlus 3 and OnePlus 3T in the past, so it makes sense for the brand to continue in the same vein.

OnePlus took to Facebook to further fan the flames of curiosity, telling people that many of them had guessed the color correctly. The firm recently released an intriguing video teaser which shows a man sitting on a black-themed desk, complete with black pineapples and a black OnePlus 5.

The man proceeds to pull down a gold-colored light switch, casting the scene in darkness. The words ‘Power in Elegance’ then appear, followed by ‘Coming August 7.’ It’s possible OnePlus is planning to reveal the new OnePlus 5 model on that particular date, with the elegance theme tying in with the new gold paint job.