Gold iPhone 5S gets suspiciously real, here’s all you need to know

Eating your words is probably not the most pleasant experience and these gold iPhone 5S sightings and confirmations from multiple sources are forcing us to do just that. Apparently, Apple is convinced that there’s good reason to have the next iPhone dripping in gaudiness of the toned down kind – champagne gold. So no succor for those who were hoping Cupertino wouldn’t sink to such lows. But is the bling thing much needed in the face of the upcoming iPhone 5C release?

In the usual run up to the next iPhone unveiling, we’re seeing many tech blogs and sites betting their reputations on the likelihood of a forthcoming gold version of the iOS smartphone. ‘Betting’ may not be the right word to use though. AllThingsD as well as TechCrunch are citing multiple sources while noting that the news can be confirmed. The first few mock-ups that arose when this addition to the standard white and black shades was rumored, are supposedly not very accurate. The handset is expected to sport a dull champagne gold hue instead of the initially pictured glaring color. 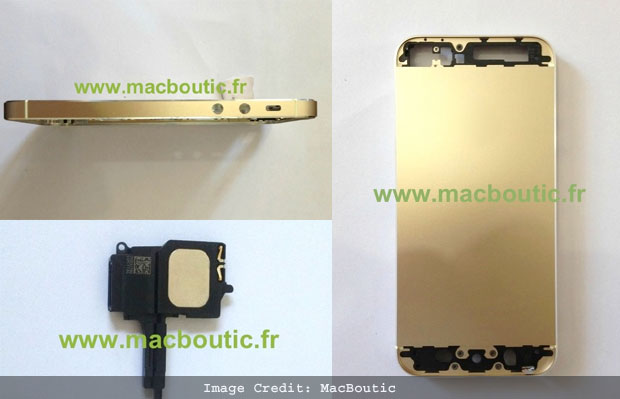 Why is this breaking news?

Apple is not the only bully in the playground any more. Manufacturers like Samsung, HTC and LG (now Google-Motorola too?) have grown more popular with Android backing them. One iPhone walks out of Cupertino every year. Pit that against the hordes of great devices we see every few months and the mounting popularity of smartphones. Gadget buffs don’t have to await ‘that time of the year’ to grab some really tempting hardware now. And that part of the population which had to wait for the next iPhone release to buy the best of mid-range handsets in the form of the previous generation iPhone, has other brands to go to.

So Apple loses a little more each year in the high end segment and fails to rake in much from the mid-range market for its older iDevices. Note that the company is not on the affordable shelf for new handsets anyway. The solution to the problem may lie in splitting the iconic series into two separate ones based on price. But how to place an unmistakeable marker between both lineups and make sure those who purchase an iPhone for the status symbol aren’t disappointed? Having the shell of the more expensive of the two dripping in gold is reportedly what Tim Cook & Co. settled upon. 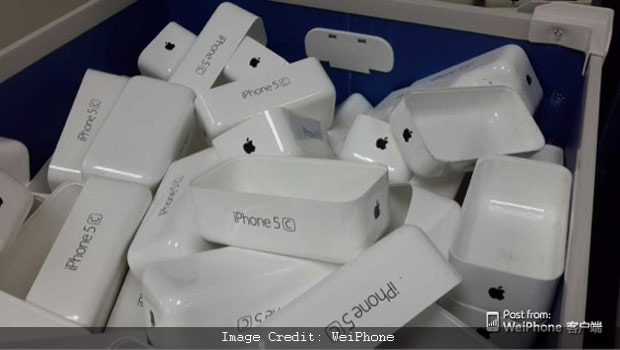 The evidence so far

Pictured above (Image 1) are some of the latest ‘photos’ of the iPhone 5S. They were leaked via MacBoutic.fr and are not the first sneak shots of the iOS device. Much before that, BGR had posted snaps of the internals which indicated a gold iPhone was in the pipeline. We were not very convinced about the rumor owing to our unshakeable faith in Apple’s sense of aesthetics. But many seem to feel that certain markets across the globe (especially those in Asia) may be more forgiving of the dash of shine which will be added to the lineup with the fresh introduction.

Saving the best bits for the last, 9to5Mac has been giving some consideration to word from Mingchi Kuo, KGI. The smartphone is speculated to ship with an A7 ARMv8 based application processor and 1GB RAM. The details on the camera are a vaguer guess and the resolution could swing between 8MP, 12MP and 13MP. An f2.0 aperture and dual flash are anticipated to feature on the specifications sheet. There’s a vote in favor of a fingerprint sensor on the (sapphire) home button and most important of all, a 128GB storage option. We’ll know for sure in early September perhaps.