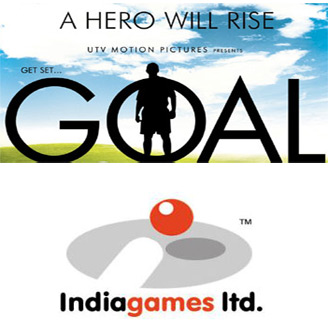 ‘Dhan Dhana Dhan GOAL FIFA Challenge’ is a national level FIFA gaming championship in which deserving participants will win a chance to watch the movie with the cast of Bollywood film called Goal. Some of the cast are John Abraham, Bipasha Basu and Arshad Wasi.

The GOAL FIFA Challenge that is being organized by Indiagames will be take place at affiliated cyber cafés across the five Indian cities of Delhi, Kolkatta, Hyderabad, Chennai and Mumbai between October 25 and November 19, 2007 as part of Indiagames’ Games on Demand (GoD) League.

The contestants will have to play FIFA 08 on the Xbox 360 console platform in a one-on-one elimination mode.

“The Indian youth are extremely passionate about films while both soccer and gaming have been rapidly been gaining in popularity amongst them. The Goal FIFA Challenge is a unique first of its kind promotion that will involve the entire gaming community with the launch of a film” said Vishal Gondal-GoD in Chief Indiagames spoke on the launch of the GOAL FIFA Challenge.

Four winners of the GOAL FIFA Challenger will be selected form each zone and will get a chance to compete at the national finals where they could win themselves an opportunity to watch the movie with the star cast. Besides this, there will be a host of other prizes that include several goodies from Microsoft.

Mohit Anand- Country Manager, Microsoft Entertainment & Devices Division, “Football and gaming are two very popular forms of entertainment and it’s heartening to see gaming challenges like these bring together the entire gaming community in India. Microsoft Xbox 360’s endeavour is to promote gaming and create awareness about this genre of entertainment across audiences. We are happy to associate with Indiagames and UTV Motion Pictures in this regard.”