Gmail will now warn you about unsafe links and senders 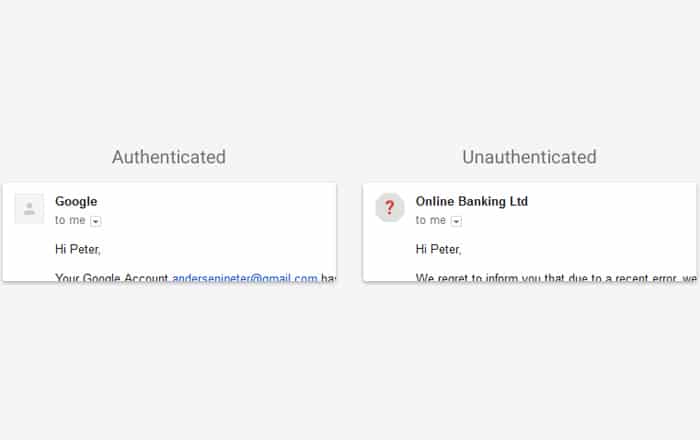 Google has begun rolling out two new security-focused features for Gmail users to make sure they stay safe while browsing the web. The new update will begin rolling out to its entire user base slowly over the next couple of days.

First up is a new visual indicator to tell if a correspondent is safe or not. If a Gmail consumer receives a message which can’t be authenticated by either Sender Policy Framework (SPF) or DKIM, they’ll now see a question mark where the sender’s profile photo, corporate logo or avatar should be.

This feature will be applicable for both web and Android Gmail users. It should prove to be useful in cases where an individual gets an email from an unfamiliar source and wants to avoid getting spammed. The other new security warning is concerned with malicious links.

Also Read: Inbox by Gmail gets updated with Trello, GitHub support and more

From now onwards, if a person gets a message in Gmail with a link which redirects them to a shady site known for malware or phishing, they’ll begin seeing alerts if they click on the url. This message is an extension of the Safe Browsing protection already available in various web browsers. Furthermore, it will only appear in the email client’s desktop platform.

In a blog post, Google has pointed out that not all affected email will necessarily be dangerous. People will have to use their own judgment when deciding which sites to visit. The new Gmail tools are meant to aid that decision and help people get a clearer idea of what to expect.

This is the second major update Google has announced in the past week when it comes to the brand’s popular email client. The company’s Inbox by Gmail app recently got upgraded with support for Trello and GitHub integration.