Google has decided to embrace its newly designed Gmail compose interface in a full-fledged manner, as it will no longer be available as an option. Users who were not quite fond of the new change had the choice to go back to the old interface, but that will not be the case after a few days when Google completes the roll out of the fresh layout. As has been revealed, this decision was taken by the developers over at Mountain View keeping in mind the feedback they have received from users around the world.

It was in March this year that Google had made the first big change to its compose interface by allowing a small window to pop up for this purpose. With it, other activities that users carried on doing on the email website were not hindered. Then in July came the option of enlarging the compose window using its full-screen mode. Thus, users could now choose whether they liked their compose windows small or in their full form, and set their choice as default. But through all this, if one preferred to go back to the previous interface, they could. 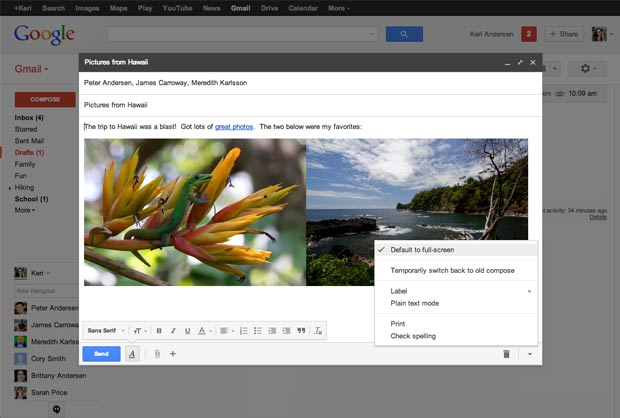 By means of its latest announcement however, Gmail has made it clear that the old compose interface will be taken down once and for all, leaving you with the only option of embracing the window-based alternative. The email service offered by the search engine giant has seen a number of changes lately, prime among which was the tab-based structure which allows you to classify your emails into options like Primary, Social, Promotions and more.