Google is testing some new features on Gmail because, well, it’s about time it did. The company is reportedly trying out some interesting options that could make you feel a little less indifferent to the unavoidable task of checking your emails.

Three major changes are expected to land on Gmail according to a Geek.com post. These include a Snooze function, a Pinned option and more inbox tabs. 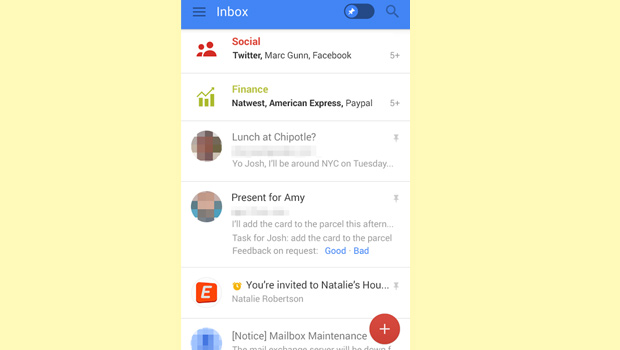 Users may soon be able to pin emails so that they stay at the top of the inbox. Apparently, a toggle switch to allow for messages to be displayed in pinned view or their original positions will be introduced as part of the change. It’s a matter of opinion, but we like the separate Starred section better than the idea of pinning important mails to the top.

Unless of course, these pinned messages are marked with a starkly unmissable symbol so we don’t delete them by mistake when in a hurry to unclutter our inbox. The temptation to delete a somewhat less important email is higher when it means a smaller mess in one place. Hopefully, Google won’t end up doing away with the Starred section.

By default, mails are categorized into optional tabs covering Primary, Social, Promotions, Updates and Forums. Gmail will also bring in Finance, Purchases and Travel. The main inbox will show the tabs gathered in the side menu as well as at the top if there are new messages. 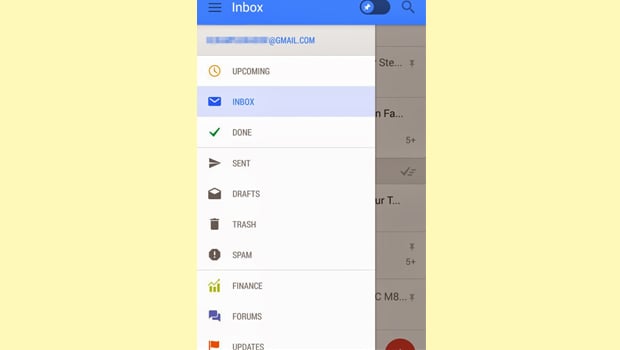 Say, you’re scrolling through your inbox and want unread messages out of the way until you can go through them. Gmail may soon offer you the option of ‘snoozing’ them so that they appear in the Read section for a few hours or even weeks. Once the timer goes off, they move back to the top as Unread emails.

There’s no official word on when the aforementioned Gmail tweaks will be introduced. We’ll give you a shout when they do.