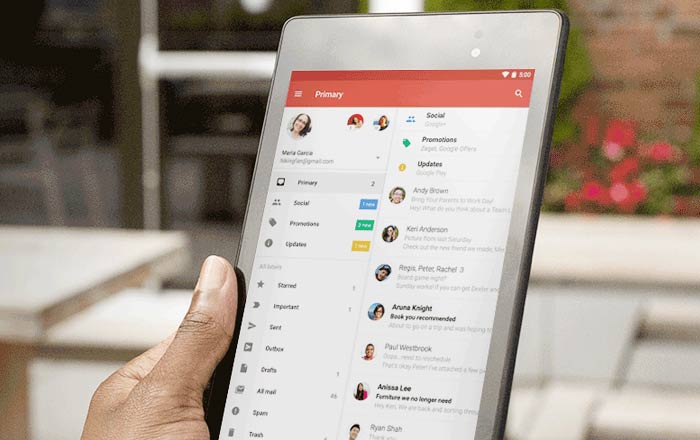 Large attachments in an email can be annoying for both the sender and the receiver, especially in services like Gmail. Google currently imposes a 25MB limit for attachments, forcing people to seek out alternatives like Google Drive to send or receive heavy files.

Google has now decided to relax things on one side of this exchange. Gmail patrons will soon be able to get up to 50MB files in their inbox. However, they still can’t send files exceeding 25MB. This unusual change means that a person would be able to send across a 50MB file to a Gmail user only from a non-Gmail account.

Google hasn’t said anything about tweaking the rules to allow for outgoing mails to stack up to 50MB as yet. This would probably be far more useful, putting an end to multiple files being sent via multiple emails from one person to another. Not everyone wants to use Google Drive as a means to beam stuff across, preferring direct email instead.

In any case, Google promises to roll out the incoming 50MB attachment update to everyone within the next 3 days. This isn’t the only change the search giant recently announced regarding its popular email service. The company banned JavaScript (.js) attachments from being sent starting from February 13.

Google justified the block by stating that these types of filed posed a security risk since they may spread viruses. It again advised people to send any .js files via Google Drive or Cloud Storage.