Gmail for iOS has long been suffering from the annoying slow loading which its Android version had got rid of quite some time ago. A new update that’s live now on the App Store has finally brought this iOS app into faster times by allowing users to use the background app refresh option.

Gmail on iOS will now pre-fetch and sync your messages before you even open the app. This will cut out the loading times which made reading your emails on iDevices a sluggish experience. The feature is made possible by iOS 7’s background app refresh trait which basically stands true to its name and refreshes your apps in the background so that you need not have to wait for them to load when you click on the app icon. 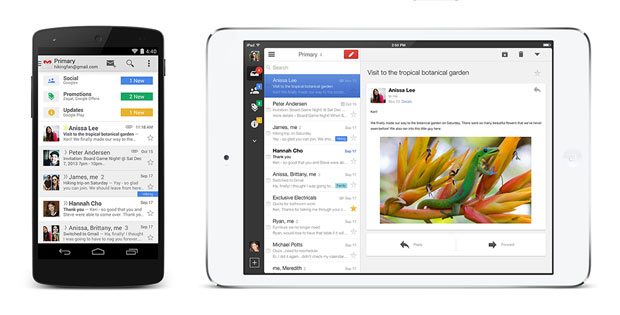 In order to take advantage of it, you’ll need to turn on background app refresh and notifications for the Gmail app however. Furthermore, the much craved for simplified sign-in trait now makes its way into the iOS version of Gmail. Just like on Android, once your Google id is affixed to the phone’s Gmail app, you will automatically be logged into all other Google services like Maps, Drive, Chrome and YouTube.

Like we said, the Gmail for iOS app is now live on the App Store, and can be downloaded on all iOS 7 devices.