The developers of Gmail have found out a pretty clever yet mildly controversial remedy to people’s habit of forgetting to ask for email ids. Remember those days when you’d start typing an email only to realize you don’t have the id of the person you’re intending to send it to? A new feature of the service has been aimed at suggesting your Google+ connections as recipients when you are composing a new email. 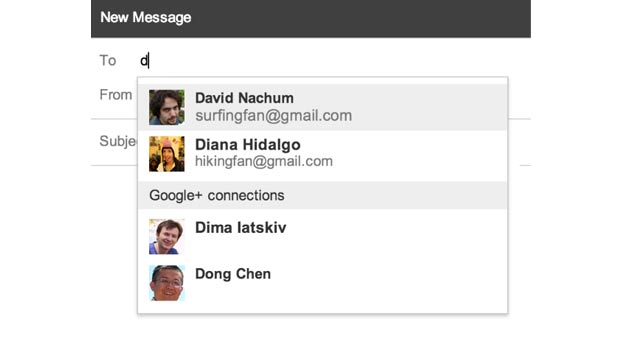 Using this new Gmail feature anyone from Google+ will be able to send you emails. That is until you decide to opt out of it, or limit the people you want access to be granted to this feature to. Anger among users is stemming from the fact that it’s an ‘opt-out’ trait instead of being an ‘opt-in’ one.

Remember the new Gmail Inbox categories which made life easier by filtering social, promotional and personal emails for you automatically? These new additions to the service also take advantage of it. While emails from those who’re in your circles will appear in the Primary category, those sent by people not in your circles will be sent into the Social category.

According to an official blog post, these new Gmail features are slated to be rolled out within the next few days. Users will be notified about them through an email.