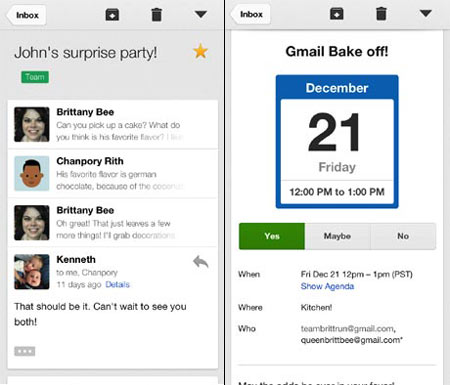 Gmail 2.0 for iOS has hit the Apple app store, after Android users were issued an updated version recently. Going by what the company has to say, the Gmail app for the iPhone and the iPad has been majorly rebuilt, allowing for a faster, more streamlined and simpler experience on the platform.

As with Evernote 5 for iOS and Skype 3.0 for Android, version 2.0 of the aforementioned application adds a completely new look and feel, according to a post on the official Gmail blog. Other things that make the app give off a better vibe include improvements to profile pictures in messages, several new animations and the ability to scroll infinitely in message lists. 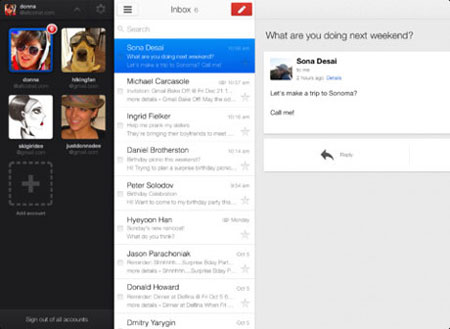 As for living in an ever-evolving and seemingly constantly buzzing world, the new version also introduces a few time-saving features. As has become a standard thing with Google, auto-complete predictions have been added to assist users as they type, reducing the annoyance of typos. Those using the app will be able to ‘+1’ and comment on Google+ posts, as well as send RSVPs to invitations deployed with Google Calendar.

It doesn’t look like Gmail 2.0 for iOS gets the gesture input capability dubbed Swipe that Android users received, and there isn’t any information on whether this is being planned for future updates on the Apple platform. But one of the best features to have been added is the multiple account support. Users have been granted the freedom to access up to 5 Google accounts from the menu, switching between each of them with just a few taps on the screen. 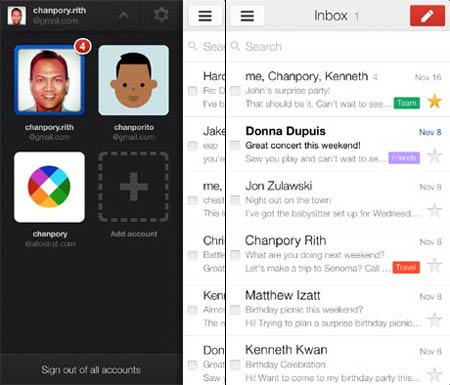 It was around this time last year that Google released an update with minor improvements for the app on the Apple platform. And in June this year the company released another update, bringing with it notification center support, and the ability to send mails using an alternate Google e-mail id. 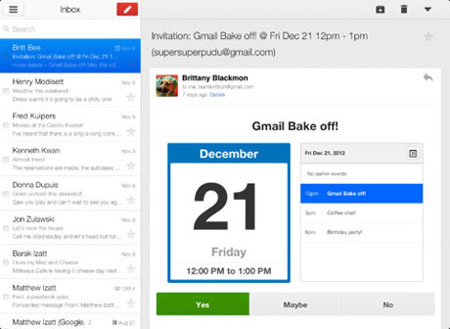 Gmail 2.0 for iOS is now available from the Apple App Store and comprises about a 15MB download. Other recent developments in software include Facebook Messenger for Firefox, which allows those who use the Mozilla browser to chat with contacts without having to open up a separate window.