These handy Gliffy alternative options should suffice your need for finding substitutes for the popular web-based diagram editor. The said tool has been around since 2005 and has bagged the honor of being the world’s first net-native business graphics application. It is mainly aimed at allowing you to easily create, share and collaborate on a wide range of diagrams. This makes it a pretty neat program to use for those working on complex matters, and moreover, the site’s ability to update live over the Internet enables a number of people to collaborate easily from anywhere in the world.

Everything from flow diagrams, org charts, floor plans, network diagrams, technical drawings, business processes to user interface wireframes and more can all be created using this app. Although it’s quite popular, it’s certainly not the only such site out there. A large number of other options are vying for your attention, each with their own set of unique features that set them apart from others. In this list, we’ll be exploring some of them which we’re sure you’ll come to love when you’ve read about what they have to offer. Let’s have a look at them then. 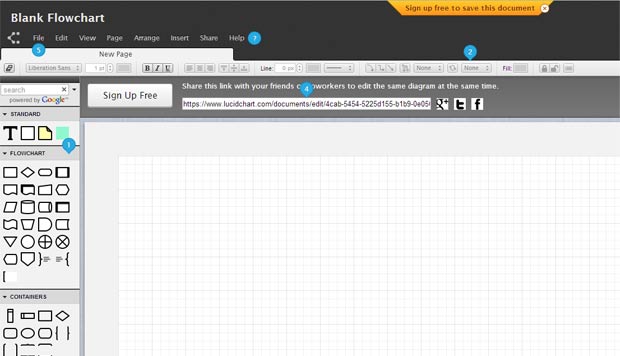 LucidChart provides you with real-time collaboration capabilities and has been built on web standards like HTML5 and JavaScript. It is moreover, supported on all web browsers including Google Chrome, Firefox, Safari and Internet Explorer 8+. This online program features a drag and drop functionality that simplifies its experience, while its real-time chat functionality makes it an even more desirable option. Those worried about the safety of their created data can take note of the fact that the site features a Secure Socket layer (SSL) with AES-256 bit encryption. 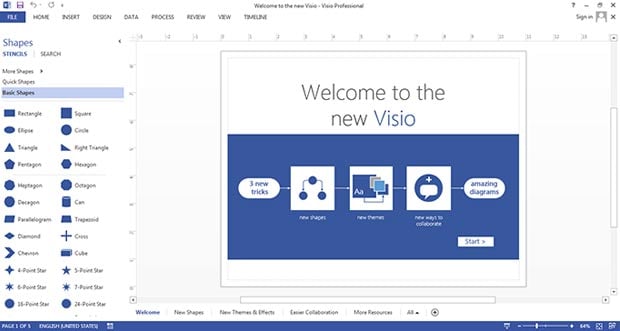 This next service like Gliffy is a boon for IT and business professionals who wish to visualize, explore and communicate complex information. This diagramming and vector graphics application even kicks in support for Windows 8’s touch capability, while it lets you link your diagrams to dynamic data. The history of Visio dates back to 1992 when the Shapeware Corporation first published it. And then in 2000, Microsoft acquired Visio and went on to rebrand it as a Microsoft Office application. The software is available as a paid download through its official site. 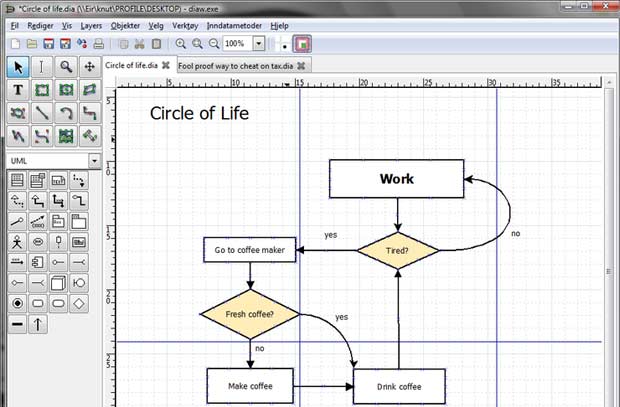 Here’s a diagramming program which is a free and completely open-source for consumption. Moreover, it can be downloaded and utilized by GNU/Linux, Mac, Unix as well as Windows users. Although it has been inspired by Visio, its makers claim it to be aimed more at informal use. A large variety of diagrams can be drawn with it, including those for relationships, UML, flowcharts, network, and others. And there’s even the provision to add support for fresh shapes by writing simple XML files using a subset of SVG to draw the shape. 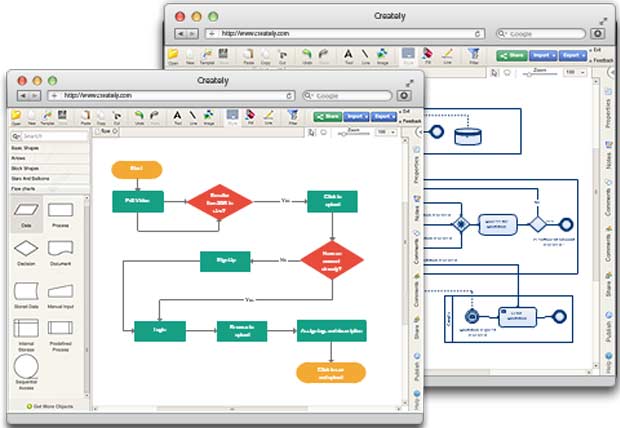 Creately claims to provide over 50 different types of diagrams, while also offering real-time collaboration. It can either be downloaded for Windows, Mac, and Linux or can be used from the confines of your browser. You can put it to use making info-graphics, flowcharts, Gantt charts, organizational charts, website wireframes, UML designs, mind maps, circuit board designs, doodle art, and other diagram types. Furthermore, Creately also kicks in support for diagram plugins pertinent to some popular platforms. These include Google Apps, Confluence, JIRA, and FogBugz. 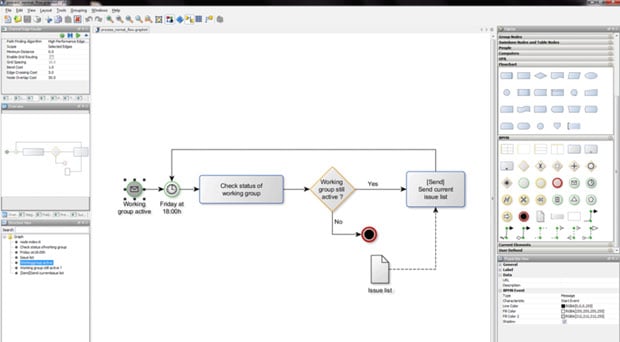 Yet another program similar to Gliffy that’s completely free to use, yEd Graph Editor is described by its makers as a general-purpose diagramming program with a multi-document interface. Written in Java, it’s a cross-platform application that can run on Windows, Linux, Mac and other platforms. Although it can be tested through its official site, its features become all the more convenient once you download and install it. Apart from letting you draw the usual list of diagrams, it even enables you to utilize custom vector and raster graphics as diagram elements. 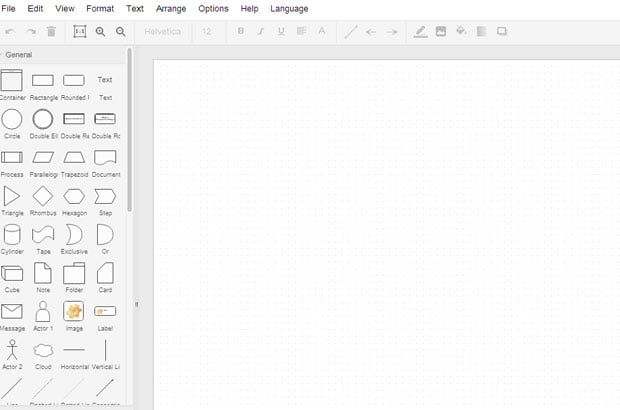 The great thing about draw.io is that it’s a no-fuss tool that straightaway takes you to your spreadsheet without bothering you with any introductions, payment options or advertisements. This free diagramming application has been designed around Google Drive, and it features native support for all major browsers. All your data is automatically stored in Google Drive, and there’s even support for multiple Google accounts. 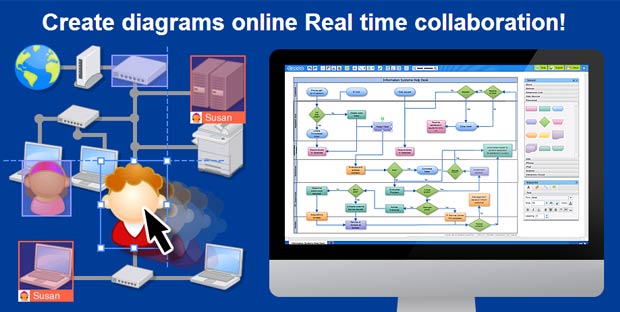 Cacoo is a neatly designed service like Gliffy complete with a large stencil set, a long list of diagrams and real-time collaboration ability. Add to that the chat functionality which lets you converse with your partners in an easy manner. This superb tool is available on its site as a paid program, but you can also sign up to get a limited free account for yourself. Cacoo allows its diagrams to be linked directly from websites and web applications, so when an update is made to the diagram, the linked images are also updated. 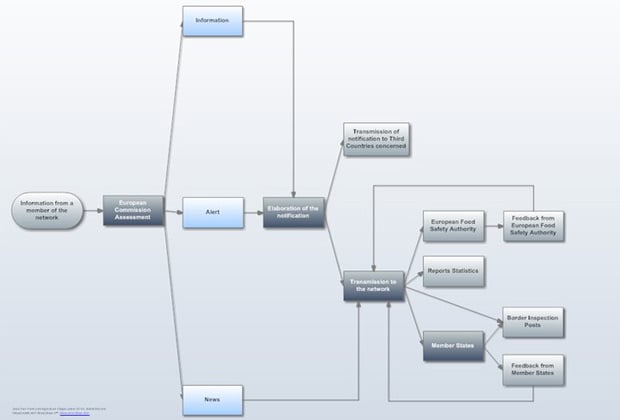 Last among all these helpful programs we’ve listed here is called SmartDraw and staying true to its name, it lets you easily create flowcharts, organization charts, mind maps, project charts and other visuals in a convenient fashion. It is able to integrate its services with Microsoft Word, Excel, PowerPoint and Project, while it can even export diagrams to common image formats and the PDF format. It’s a Windows-only tool, however, and also a paid software.

With that, we end our coverage of some of the many Gliffy alternative programs available out there. If you have one which hasn’t been covered in this list, do make sure to mention it in the comments section down below.