Gizmondo is Set to Make a Comeback in 2008 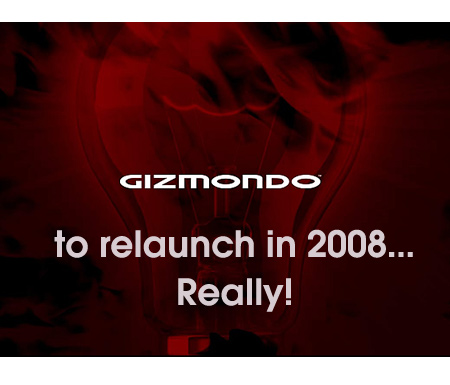 For avid gamers, Gizmondo’s entrée in the gaming world is as painful as me recollecting that two years back I was slim enough to fit into a size “Medium”. The handheld gaming console incorporating GPRS and GPS technology was introduced in 2005. However owing to poor sales, its manufacturer Tiger Telematics, decided to lift the product off the shelves by February 2006. This was of course coupled with the company going bankrupt. And this seemed to mark the end of Gizmondo and its developer.

But now there is news that there may be a possible return of the handheld console. Eurogamer.net reported that Gizmondo is all set to resurface, this time around under the backing of former Gizmondo Europe director Carl Freer and British electronics design firm Plextek.

Ian Murphy, technical director, Plextek told Eurogamer, “There are a few things to do, and it will be a while before that happens. But yes, the product has been recovered from the liquidators and we are bringing it back to market. The only reason Gizmondo was not a success last time round was it was not fully brought into the market.”

In addition, a new Gizmondo website has also gone live which seems to promise the return of gaming device in 2008.

Murphy further confirmed that Carl Freer, who was the Chairman of the Board of Gizmondo, is now engaged in an effort to bring back the previously ridiculed multifunction gaming device.

There are surely no doubts of the comeback of Gizmondo, but how good it would be, can only be ascertained after its launch. Here’s hoping that history does not repeat itself!