The Gionee P5L LTE is the smaller of the two smartphones and it carries a price tag of Rs 10000. For the said amount, the device’s features are a big disappointing. The phone is an entry-level release at its best, offering a 4.7-inch display with FWVGA visuals. 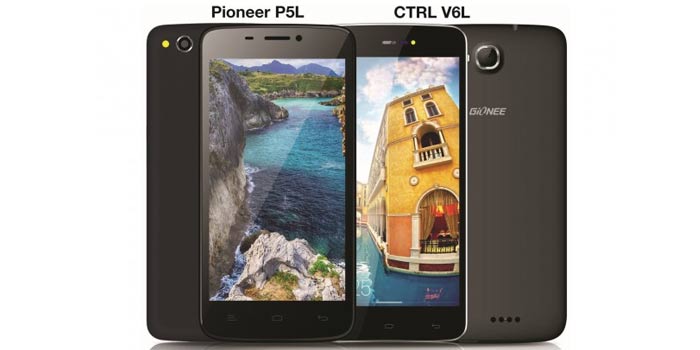 Additionally, it comes with the usual 1.3GHz quad core MediaTek processor coupled with Mali 400 graphics, 1GB RAM, 8GB internal storage and dual cameras (5MP rear and 2MP front). There’s also a 1800mAh battery and a microSD card slot. The specs here are more or less the same as what you’d get on an Android One smartphone (except for the slightly larger display and 4G LTE support) which is a cheaper option.

Also read: Asus discloses prices for ZenFone 2 series, will use chips from Intel and second supplier

The CTRL V6L LTE on the other hand, is a mid-range release and it’s tagged at Rs 15000. This phone features a 5-inch HD display and comes with a quad core Snapdragon 400 SOC. The phone is also pretty slim at 6.9mm and it packs a 5MP selfie camera on the front with an 8MP shooter on the rear.

Here’s a roundup of the Gionee CTRL V6L LTE’s specs: